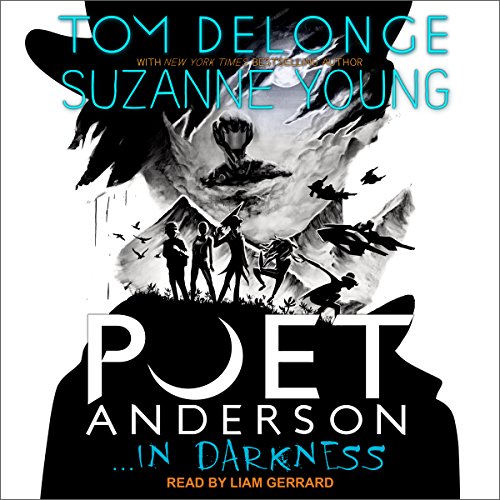 In the Waking World, Jonas Anderson works as a doorman for the Eden Hotel, dividing his free time between seeing his girlfriend, Samantha Birnham-Wood, and visiting his comatose brother Alan. In the Dream World, he is Poet Anderson, a Dream Walker, a guardian of the Dreamscape charged with protecting sleeping innocents from the nightmares that threaten both worlds.

But Jonas remains tormented by his own nightmare - his failure to rescue Alan from the Dreamscape and free him from his coma. Together, Jonas and Alan fought side-by-side against the night terror entity known as REM. Even though they defeated the vicious monster, Alan continues to waste away in a hospital bed while Jonas's guilt eats away at his soul.

REM may have lost a battle, but the war continues. His Night Stalkers roam the Dreamscape, hunting for Jonas and the other poets capable of traversing the waking and dreaming realms. And now, demonic shadow creatures are possessing the spirits of dreamers and using their bodies to enter the Waking World.

Jonas can no longer avoid his destiny. To save reality from the maelstrom of nightmares, Poet Anderson will have to sacrifice the Dreamscape....

What listeners say about Poet Anderson ...In Darkness

This book, WOW! I read a book to be entertained, and boy was I! I made me laugh, made me angry, made me sad, and ultimately left me wanting more. I can’t wait to see how the story unfolds going forward. What I like the most about this book was “...of Nightmares” was more like a movie. One long plot and arc, while “...in Darkness” is more of a television show with subplots while still having an overall story arc. It was awesome and kept you guessing the entire time!

Well worth the time! Start with "of Nightmares"

Emotionally straining at times. A great concept of alternate existence, brought to life with action romance and great characters.Generally a face paced book, but takes time in some sections to give you a rest.

Looking forward to more from Delonge and Young

Um where was the ending.

I don't even know if you can call that an ending. The book literally just stops. Where's the ending?

This constantly kept me coming back to hear more!! I highly recommend this series to adults.