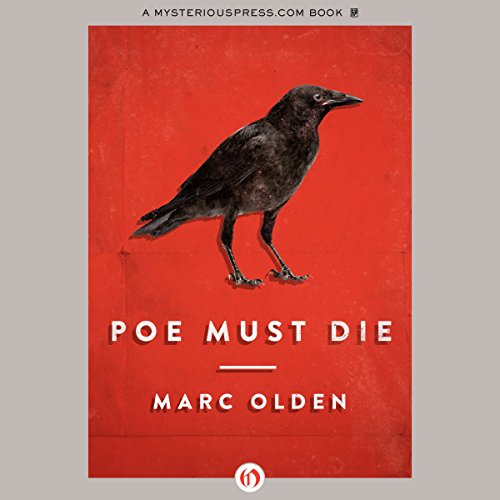 Against a backdrop of New York City in the 1840’s, a hellhole of crime and squalor, Edgar Allan Poe plays out a deadly game, fighting not only the demonic forces waged against him, but also his personal demons, the memory of his beloved wife, and the alcohol he consumes in order to forget her. Pierce James Figg, a renowned ex-bare-knuckle fighter, has arrived in New York from London carrying with him a letter of introduction from Charles Dickens to Edgar Allan Poe.

Figg is pursuing Jonathan the sorcerer and spiritualist. The man who brutally murdered his wife. Jonathan seeks the Throne of Solomon which will grant him immortality and dominion over Lucifer, Asmodeus, and all the demons of the upper air. His search has led him to New York. Frail, gallant Edgar Allan Poe and the grieving, brilliant boxer unite in a perilous mission to find and destroy Jonathan before he can achieve his goal of controlling Lucifer and thereby change the destiny of the world.

Now I know why Poe was Depressed

What did you love best about Poe Must Die?

The characters were well drawn out and the scenes were vivid.

What was one of the most memorable moments of Poe Must Die?

The most memorable thing about the book was the scenes of life in New York in the 1840's. The squalor is everywhere. It is easy to see how anyone would be driven to depression in such an environment.

What does Jim Meskimen bring to the story that you wouldn’t experience if you just read the book?

The characterization of the cast. You feel each character is their own person with their own voice.

And you thought life in New York was tough today...

An interesting snapshot of the time with hints of the supernatural, but very muted in that respect. The biggest thing about this novel to me was the overwhelming depressing atmosphere that is illustrated here. By the end you wonder how people survived the place at all.

Also, it should be noted that Poe is written as a man very much of his time with all the associated prejudices. They are tough to hear at times. Likewise the fate of many young girls. Be aware that this is not a light and happy read.

Boring, offensive, racist, awful. It was a chore to read. And Poe's constant speeches about how much more intelligent he is made me want to roll my eyes.
Save your time and your money.

I read this book when it first went into print and ended up fighting my mother to see who could get to it first to carry on reading. I am now partially sighted and so was over the Moon to get this book on audio. The narrator is brilliant, bringing the characters and period to life. A fantastic audio that I would highly recommend to any discerning adult.