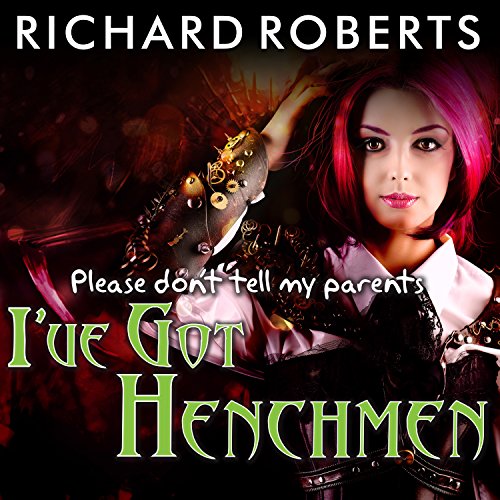 What would middle school be like if half your classmates had super powers? It's time for Penny Akk to find out. Her latest (failed) attempt to become a superhero has inspired the rest of the kids in her school to reveal their own powers.

Now, all of her relationships are changing. She has a not-at-all-secret admirer, who wants to be Penny's partner almost as much as she wants to be Penny's rival. The meanest girl in school has gained super powers and lost her mind. Can Penny help her find a better one? Can she help an aging supervillain connect with his daughter, and mend the broken hearts of two of the most powerful people in the world? And in all this, where will she find time for her own supervillainous fun, or even more dangerous, to start dating?

It's going to be a long, strange semester.

Better than the second

This book got back to what felt like the actual story. Rather than the random side tracked adventure from the second book. We got back to LA and all of its characters.

Can't wait for the fourth one this month.

Not what I expected, still a lot of fun.

I initially passed on this Due to a Lack of the Inscrutable Machine. While the Inscrutable Machine has very little to do with this novel, it's in the same universe, narrated by the same lead character and is just a lot of fun. A large host of new characters are introduced, giving the series a nice boost and many more options for the future. While a lot of character development takes place, it doesn't really seem to slow things down. If you enjoyed the first two, this one is still fun. Perhaps not the best in the series to date, but you're still gonna like it.

The third installment of this series is every bit as good as the first and more than makes up for the slight slump in the second.

i find that I greatpy enjoy the stories of this series and was glad our cast returns to their customary antics. I find it good to read a novel about supers that is not infected with the Hollywood need of making everything dark and gritty.

I would recommend this series and only caution that you remember this world is not ours and these are young teens. Realistic? Heck no, but Penny does strike a chord in me from when I was her age. Akward, intuitive and if I was as obtuse as she is at times I don't recall for I was living it, not reading . Enjoy!

Lacking intensity of the series ...

This is the story of Penny Ack trying to become the super hero instead of the super villain.

As you expect, this is not exactly what she wants to do, but she has to try because her parents are some of the most famous heroes.

The narration is great, as it has been been with the previous books.

The story just lacked the hook the others had. I was not pulled into the story and kept on the edge always wondering what was going to happen next.

light hamsters and hamburgers turn the key of light and meaning to unreal the people of the tesseract.

Is it funny and good?

Yes, very funny, nice and sweet to listen to on the road and night for a long time.

Not much inscrutable machine antics on this one but still mostly interesting. At points I couldn't remember who was who with the introduction of so many supporting character but not bad. The story didn't really have a main arc and the final battle practically came out of nowhere. Still I enjoyed this book for the most part. Much better with the techno lingo than the previous book.

Great series, listen if your a fan.

I am a fan of this series and look forward to more. This 3rd book however wasn't my favorite thus far. I struggled to get through the whole thing but did complete it so I'm caught up for the next book. I hate beating up on series that I like but I won't be doing anyone any favors by not being truthful. It's not a completely bad book and I think fans of the series will find value here but it just didn't do it for me. Sometimes I would find myself lost on who exactly certain people were and certain sections just didn't seem relevant or to really go anywhere important to the main story. Again, if your a fan then give it a shot, maybe you'll be more into than me. I'll pick up the next in series and continue on!

The series is still keeping my attention. Well paced and kinda fun. Nothing special, just a good listen.

Once again an AWESOME STORY

This story continues with Penelope's school and class mates, those that have super powers, those that want to be the strongest.
It's a great continuation story and I can't wait to listen to the next installment.
That thing which happens at the end of the story is just intriguing, wrists going to happen in the fall?

a much better third story.

this one bought much of the fun from the first book back and was definitely not as serious as the second book.
great but I still preferred the first one.