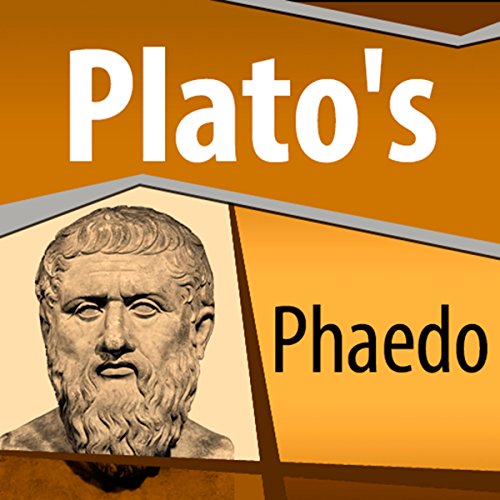 By: Plato
Narrated by: Ray Childs
Free with 30-day trial

Socrates is in prison, sentenced to die when the sun sets. In this final conversation, he asks what will become of him once he drinks the poison prescribed for his execution. Socrates and his friends examine several arguments designed to prove that the soul is immortal. This quest leads him to the broader topic of the nature of mind and its connection not only to human existence but also to the cosmos itself. What could be a better way to pass the time between now and the sunset?

What listeners say about Plato's Phaedo

The voice acting is horrible

The concept of having different people speaking for each character is great, but the voice acting was terrible. The "actors" are merely reading their lines with an occasional inflection of someone who knows they should be acting. The characters aren't responding to, engaging with, or even listening to each other. They are just reading lines of text when the right time comes.
I don't understand why other reviewers have accepted this.
Thanks, I feel better now : )

I'm a college student and am doing a paper on Socrates. This was very helpful in speeding up the reading process. The narrator's voice was hard to listen to at first, but I got used to it and ended up loving it near the end. Would recommend to anyone wanting to listen to Plato's works

This is a absolutely wonderful and reactment of Socrates last day on Earth. Very sad

I enjoyed this but was disappointed that this "Unabridged Audiobook" did in fact leave at least one part out.

[117A]Thereupon Crito nodded to the boy who was standing near. The boy went out and stayed a long time, then came back with the man who was to administer the poison, which he brought with him in a cup ready for use. And when Socrates saw him, he said: “Well, my good man, you know about these things; what must I do?” “Nothing,” he replied, “except drink the poison and walk about [117b] till your legs feel heavy; then lie down, and the poison will take effect of itself.”

At the same time he held out the cup to Socrates. He took it, and very gently, Echecrates, without trembling or changing color or expression, but looking up at the man with wide open eyes, as was his custom, said: “What do you say about pouring a libation to some deity from this cup? May I, or not?” “Socrates,” said he, “we prepare only as much as we think is enough.” “I understand,” said Socrates; [117c] “but I may and must pray to the gods that my departure hence be a fortunate one; so I offer this prayer, and may it be granted.” With these words he raised the cup to his lips and very cheerfully and quietly drained it. Up to that time most of us had been able to restrain our tears fairly well, but when we watched him drinking and saw that he had drunk the poison, we could do so no longer, but in spite of myself my tears rolled down in floods, so that I wrapped my face in my cloak and wept for myself; for it was not for him that I wept, [117d] but for my own misfortune in being deprived of such a friend. Crito had got up and gone away even before I did, because he could not restrain his tears. But Apollodorus, who had been weeping all the time before, then wailed aloud in his grief and made us all break down, except Socrates himself. But he said, “What conduct is this, you strange men! I sent the women away chiefly for this very reason, that they might not behave in this absurd way; for I have heard that [117e] it is best to die in silence. Keep quiet and be brave.” Then we were ashamed and controlled our tears.

It looks like some parts were juxtaposed with other sections and I find it interesting this version left out the comment about sending the women away but perhaps this is the PC version??

The reading is superb but I deducted two stars because of this omission. There are perhaps more but this is what struck me upon completing the book.

This series is one that I listen to over and over again. I highly recommend it.

It's far from an easy read but definitely worth while. Will recommend and read again.

This classic work has never been more needed than today. The fear of death and notion of happiness through materialism is easily demolished by Socrates /Plato . I found myself thinking this should be required reading or hearing for the baby boomer generation. The performance was outstanding!

although short but deeply intellectual conversation. what is the name socartes actor?he is really good!

I really enjoy the performances of the troupe that did this series of recordings of the Dialogues, but the translations are odd, only vaguely follow the Jowett, and are often edited so as to remove entire passages. Sadly, there is no better version of the Phaedo.