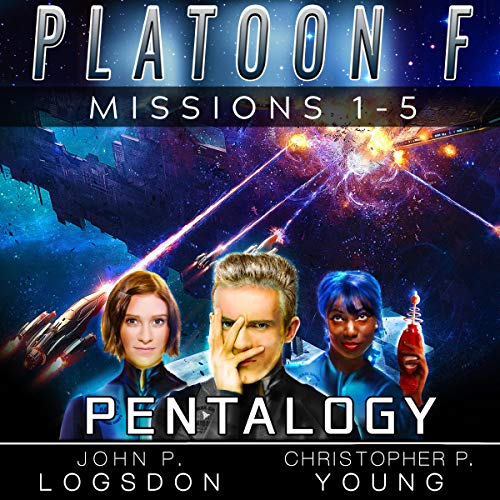 Spaceships on rails? That alone should tell you what you're getting yourself into....

Includes missions one through five.

Commodore Don Harr is being punished due to a military mistake. He has been physically altered, given a new identity, and placed in charge of the antiquated ship known as The SSMC Reluctant.

Follow the crew as they outwit a madman, hunt irritated robots, travel to distant galaxies, deal with an inquisition, and face the distant future of their home planet.

If you like warped comedy, ridiculous physics, and more innuendo than you can shake a stick at, then you’ll love John P. Logsdon and Christopher P. Young’s outrageous space adventures.

all 5 missions appeal to my inner teenager! giggles, groans, smutty laughs and embarrassed laughter.
just what the doctor ordered!!