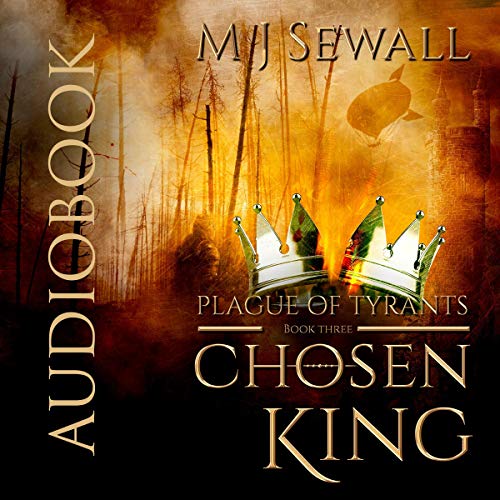 Two young kings now rule the Kingdom of the Thirteen, surrounded by enemies.

Facing a threat unlike anything the world has ever seen, the two have discovered that their prized airships can’t protect them against all dangers. One must leave to find the source of the new threat, while the other stays and faces enemies on all fronts.

But even with the corrupt old rulers gone, their work is far from finished. Loyalties are tested and boundaries broken, as the kings try to establish who they can trust in the new world. With enemies both old and new, their Kingdom has never been more vulnerable.

At the heart of it all stand the kings themselves. Neither asked to be king, but both have done their best. As they push themselves to new limits, they'll need to dig deeper than ever before to unite their people, defeat the enemies at their door, and remain true to themselves.

But can they answer the call of destiny?

What listeners say about Plague of Tyrants