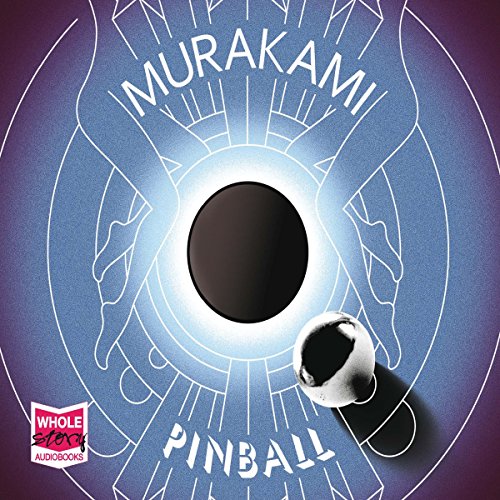 Three years after Hear the Wind Sing, in 1973, the narrator has moved to Tokyo to work as a translator and live with indistinguishable twin girls, but the Rat has remained behind despite his efforts to leave both the town and his girlfriend.

The narrator finds himself haunted by memories of his own doomed relationship but also, more bizarrely, by his short-lived obsession with playing pinball in J's Bar. This sends him on a quest to find the exact model of pinball machine he had enjoyed playing years earlier: the three-flipper Spaceship.

"Which other author can remind you simultaneously of Fyodor Dostoyevsky and JK Rowling, not merely within the same chapter but on the same page?" ( Independent)

What listeners say about Pinball, 1973

Most interesting insight into an author's beginnings

Every paragraph in this very early novel, from a favourite author of mine, "flashed forward" to me as I recognised elements/links/ themes to the many novels Murakami went on to write. Cats, wells, obsession, glorious lyricism and inventiveness-all restrained here, blossomed as the author gained momentum. How exciting to have this insight..and unlike another favourite author whose first novel was translated and released much later than the main body of work, this novel stands up to scrutiny. It is a gentle riff on melancholy and youth as it grasps the significance of "the future"-the perhaps.

overhyped. a real nonsense story. narration was good but the story is merely a poor ramble.