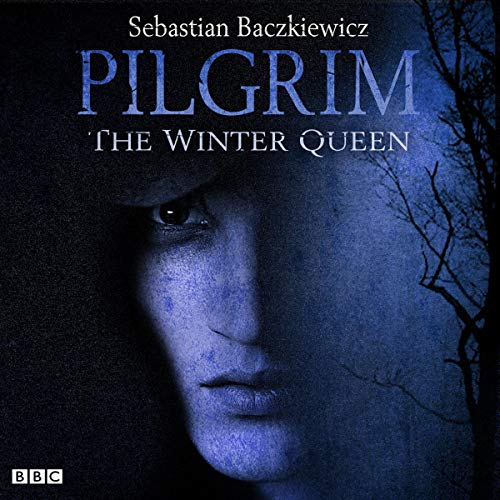 Every year, on the winter solstice, the small town of Melcombe observes an annual custom, the roots and meaning of which are lost in the mists of time. A torchlit procession to the ancient tomb of Cairndale Knapp, overlooking the town, puts the old sun to bed and greets the new sun in the morning, restoring balance to the year.

This year, however, Mr Sam Notice has bought the Knapp and has set about landscaping it. And with the felling of an ancient yew tree, the roots and meaning of the old custom spring malevolently to life, as the Winter Queen is finally released from her prison and bent on revenge.

Told over the two days of the winter solstice - Pilgrim walks again between the worlds of magick and of men.

What listeners say about Pilgrim: The Winter Queen

Loved it. So good to have another Pilgrim tale that is as good as the rest. I do hope there will be more soon. Marvellous cast, brilliant voices and Paul Hilton has the best voice for William Palmer

if like me you've loved all the previous series of pilgrim, then this story is for you. Please make more!!!

I was hoping for a new full series but this special short series will do. Currently listening again to the first four series, excellent inclusion of British with genuinely scary "fairies", excellent writing and the acting is first rate, really brings it all to life.

Excellent story and characterisations. Highly recommend this to every listener. Hope there will be more.

Barely noticed the time go by. Thanks to everyone involved for an other pilgrim story

Always enjoy these stories and this special marks a welcome return of Pilgrim, with the usual strong cast in support.

Pilgrim a story to make you believe, definitely more stories to add to my collection.

Pilgrim and the Grey Folk

Glad to find that we haven’t heard the last of Pilgrim. Sebastian Baczkiewicz creation of the Grey-folk world interaction through Pilgrim with modern world is a classical never ending story. Paul Hilton’s portrayal of William Palmer makes Pilgrim and the Grey-folk world even more believable and long may he and Sebastian have success and fulfilment from these stories.