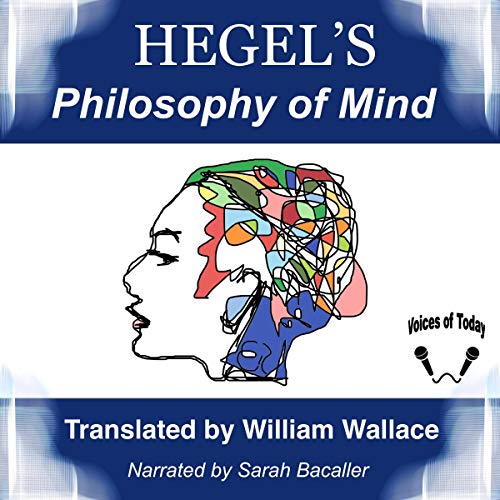 Philosophy of Mind by G.W.F. Hegel

This text draws together central components of Hegel's philosophical system as he explores the development of Mind (Spirit, Geist) in its individual, communal and conceptual aspects. Translator William Wallace writes (1894): 'I here offer a translation of the third or last part of Hegel's encyclopaedic sketch of philosophy, Philosophy of Mind. The volume, like its subject, stands complete in itself. But it may also be regarded as a supplement or continuation of the work begun in my version of his logic.'

In this philosophy of mind, contradiction and assimilation invoke constant change and development, as Hegel demonstrates the intrinsic fluidity of thought. While published in 1894, Wallace's translation remains a sound, historically significant translation of Hegel's work.

What listeners say about Philosophy of Mind