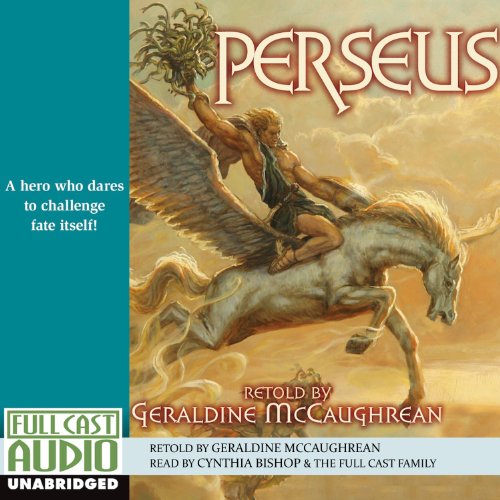 His mother was a human princess. His father was none other than Zeus, the king of the gods. But fate has a way of twisting things, and now to save his mother from a dreadful marriage Perseus must undertake a perilous quest. Along the way the young hero will encounter a wealth of wonders, including a magic helmet, a flying horse, a dreadful sea serpent, and a gorgon whose gaze turns all who look upon her to stone. He will also discover that beyond the schemes of treacherous humans and interference of jealous gods lies another matter, that of fate itself, and the question of whether any man can escape his destiny.

With her trademark grace and wit, Geraldine McCaughrean has re-imagined and illuminated one of the greatest adventure stories of all time, bringing this ancient tale to vivid life for a new generation.

What listeners say about Perseus

This is the second Greek mythology tale I've listened to by this cast, and I enjoyed both of them. Only 1 thing bugged me, and it's minor: this author insists on referring to the king of the underworld as Pluto. His name in Greek mythology was Hades.