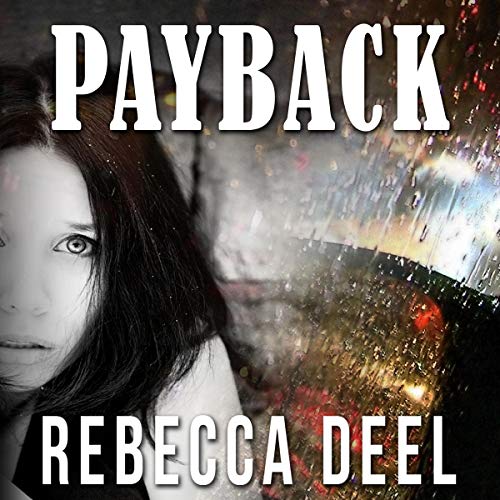 A mission from his past threatens his future.

A stalker has his sights set on art history teacher Ivy Monroe. Still recovering from a relationship with an abusive former boyfriend, she's determined to win this fight over fear and intimidation. No one has the right to cage her again. When Ivy is nearly killed, she takes refuge in the arms of the one man she trusts.

Elite Delta sniper Alex Morgan now trains bodyguards for Fortress Security. When his father is shot, the feds are convinced Alex is guilty of attempted murder. Determined to clear his name and find the shooter, he travels to Washington, D.C. with Ivy and his Delta unit.

He learns someone leaked information from one of Durango's missions and now he and his unit are targets. Worse, Ivy is in danger. Battling his family and the feds, Alex and his friends race the clock to unmask the shooter before he strikes again. When Ivy falls into the hands of the enemy, nothing will prevent Alex from saving the woman who owns his heart.

This story is so enjoyable. The characters have loyalty and strength and warmth. The story has great suspense and a loving romance. The narration is very good! Very entertaining!

I'm sorry, but this was a struggle to finish.
The characters were too needy, too many villains and simply not interesting enough.
The narrator was annoying as well.

His Angel with a spine of steel.

What happens to a black ops. sniper assassin when he finds a pathetic pretty face to protect? He falls in love and becomes sappy silly, and careless in his determination to 'save' her.
Alex Morgan learns that his estranged Senator father has been shot and returns home to see him, at the same time facing the hatred of his mother and brother who blamed him for his father's condition. Who had wanted the Senator dead? Was it an attempted revenge killing? There is much that is wrong at Hunter's Glen and more will die before the puzzle is solved.
Ivy Monroe only once before trusted a man, and he'd hurt her leaving her a terrified mess, afraid of him, of the dark, confined spaces, with trust issues and panic attacks though she continued to work as an arts lecturer. Secretly, she emotionally drooled over the strong sniper, so steady and brave. When he says he is going to see his father, she says she's going with him. And from that moment on it's all hearts and flowers, a shower of charms, and internal angst of she/he loves me, he/she loves me not, and constant terror for the other's well being. Yuck!
The story is well written, with natural dialogue, and the characterisation is quite good but, oh, the patronising sickly sweet romance which dominates everything made this a very hard book for me to finish. The ideals might be good, and in strange contrast to the cold murderous pursuits of the Durango team, but the perfect but damaged delicate little princess imagery was basically some sort of needful male construct for a man who's job it was to kill. And the little girl image of love interest Ivy was further emphasized by narrator, Kristina Fuller Yuen, who performed her with a child voice unlike that of any of the other women (but similar to the high pitched words of the toddlers). Ms.Yeun's reading was excellent, clear, briskly paced and with full expression, as well as giving a natural and individual voicing to every one of the numerous characters. An excellent lerformance.

My thanks to the rights holder of Payback, who, at my request via F.A.F.Y., freely gifted me with a complimentary copy. I very.much enjoyed the base story of political and family theft and intrigue, betrayal and treason, which should have dominated the book but was instead sadly deep-mired in the overwhelming morass of pseudo romantic angst. With at least three quarters of this latter removed, I wou!d have been inclined to recommend this to thriller and conspiracy fans. As it stands, it's most definitely not for me, though I'm sure it would appeal to some.