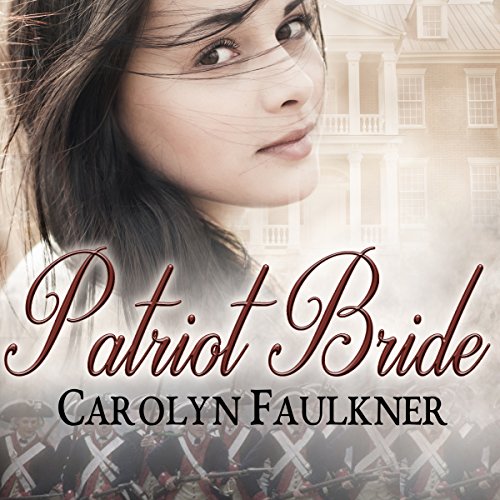 Hannah Cooper fled her home in England to escape the aristocratic marriage her father had arranged for her. Now in the Colonies, posing as a widowed seamstress, she's poor but content with her modest and independent life. But when war comes to the Colonies and with it, the dreaded Quartering Act, all households are ordered to feed and shelter British troops.

When Hannah finds Colonel Wolfgang Preston at her cottage's gate, her first thought is, of course, to refuse him. He is an officer and could commandeer much more lavish quarters; she's a single woman with a one room cottage. But he won't take no for an answer, and it soon becomes obvious why. Wolfgang Preston is the Duke of Northumberland and is the very man her father had arranged for her to marry. He's found her and he can't decide what he's going to do with his lovely bride first: put her over his knee or into his bed.

As Hannah's life takes a drastic turn, all she can think about is getting away again, but will Wolf's control over her mind and body take over her heart as well?

What listeners say about Patriot Bride

I got this book via audiobook boom. I am not a fan of men spanking women to make them behave. There was a battle of wills from beginning to end but sex and spanking are not my cup od tea. This is the first book I have read by this author and I did not take to it that well. I don't care for abuse in any form and I believe a marriage should be based on mutual respect, not dominance. Although they both learned to love each other they took the long road to get there. The narrator did keep the story going and was pretty good.

Not as innocent as the cover portrays

The idea was the best, but the spankings were inappropriate to the story. Maybe once, but no more. abusive parent and abusive husband, come on.

Which character – as performed by Jim Sartor – was your favorite?

Wolf, because he was a little more developed in the storyline

Do you think Patriot Bride needs a follow-up book? Why or why not?

Yes. I'm curious about the sisters and how life in England is when the couple returns.

Spanking and little else

The book was well read, but the writing left me feeling as though I wasted my time.

Something as different from this as I can

What does Jim Sartor bring to the story that you wouldn’t experience if you just read the book?

The reading of the book went well, narrator has a strong voice but even that can not rescue this story.

Could you see Patriot Bride being made into a movie or a TV series? Who should the stars be?

There were no characters fleshed out in this book. No one grew Hannah decided he was a good husband though he still spanked her, and never respected the fact she had a brain. The little story line there was had continuity problems, not remembering where one of the scenes took place when you have so few scenes to describe is not something I should ever see.