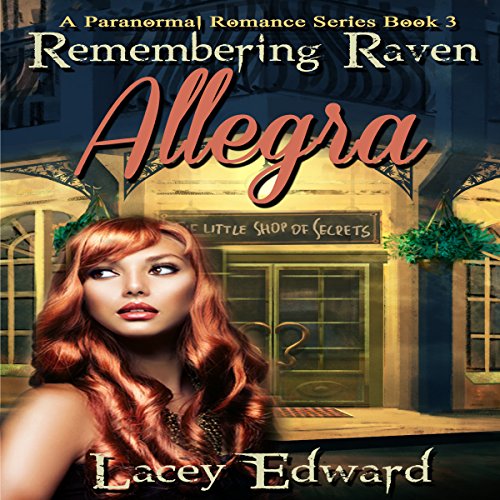 Raven LeClaire is starting to move past the two horrible murders that have targeted her tarot reading clients. Although she has vowed to stay actively involved with solving these highly puzzling deaths, she is finally allowing herself to get closer to the handsome Viktor Thorssen. The two of them feel the centuries-old connection between them and have given into everything that sort of bond brings with it.

Raven's best friend and business partner, Allegra Canelle, has been acting like a school girl since she has met the elusive and mysterious Philippe. Because of her relationship with him, Allegra has been shirking all of her responsibilities, including holding up her end of things at The Little Shop of Secrets. She agrees to sell her half of the shop to Raven so that she can be free to spend more time with Philippe.

Raven is finally beginning to be truly happy in life. She has a thriving business that she can now call her own. Raven and Viktor have had a relationship filled with both undying love and passion. Not only that, but she has recalled much of their previous life together in the 14th century.

Not everything is happy, though. She has seen danger ahead for Allegra as well as a new tarot client, and neither of the women will listen to her. When tragedy does strike, seemingly without warning, Viktor makes a decision that will change the lives of all of them. Believing that he is doing the right thing, he is not fully prepared for the reaction that he gets from Raven.

Whatever else may happen, however, Viktor is determined not to lose the love of his life - his soul mate - ever again. No matter what it takes to keep them together, he will do it.