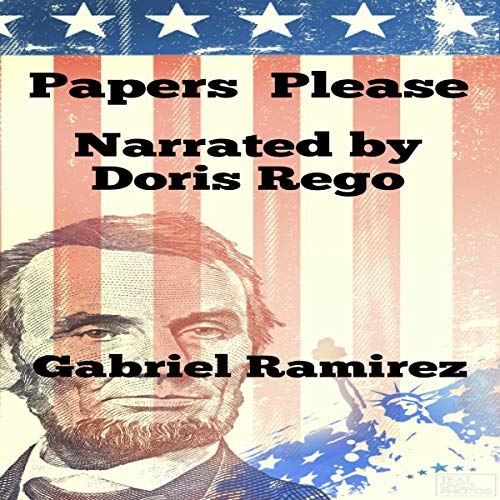 Who was George Orwell before he wrote books? His name was Eric Blair, and as a young man he worked for a department of the British government in the 1930s. He was so disgusted by the propaganda the British Government used against its people, that he resigned in disgust and started writing books under the alias of George Orwell; he was labeled a communist and a traitor.

His books were listed as fiction in the hope that people would not take him seriously. Sadly, as we now know only too well, his nightmarish predictions are becoming truer each day, and his books should be reclassified to nonfiction.

George Orwell's novel has been brought up recently because of the dark times we live in now, with all the news laws and all constitutional rights taken away from us. Many terms and facts he used and the world he crafted does have some similarities, but it is dystopian in its own right.

What listeners say about Papers Please

This book was full of right wing propaganda.Comparing the book'1984' which is fiction to our current world may be fun,but it is not an educated approach.There were also whold paragraphs repeated. Doris Rego was an okay narrator.She sounded like she was one of the teachers the book talks about that teaches our children not to question things, and that we all are being duped.I was given this free review copy audiobook at my request and have voluntarily left this review.'