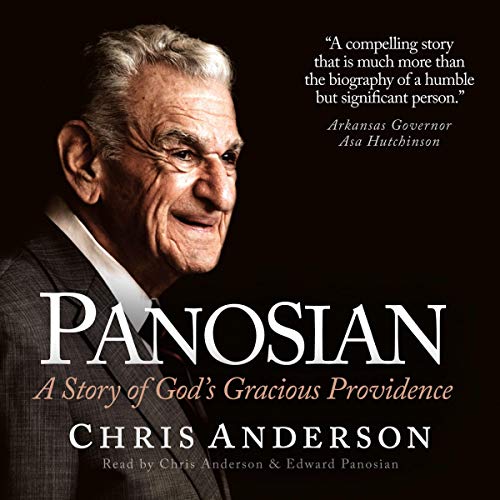 Dr. Ed Panosian has dedicated his life to the study and teaching of world history. Yet, his own astounding story is relatively unknown. Panosian's grandparents, aunts, and uncles were among the 1,500,000 people killed by Islamic Turks during the Armenian genocide (1915-1918). His own parents narrowly - and providentially - escaped martyrdom, immigrating to the United States, living out the American Dream, and raising a son who became an iconic professor to nearly 30,000 students. This biography is a narrative of suffering and survival, of cruelty and courage, of heartache and hope, of faith and faithfulness. Above all, it is a record of God’s gracious providence.

What listeners say about Panosian

Oh the love of Christ. This book is mind-blowing. The Armenian genocide was one the most egregious atrocities in history, but it gets shelved to the background by other genocides. Dr. Ed Panosian's family history goes back generations in Turkey and his father was direclty impacted before immigrating to the United States. With so much horror directly impacting his family, Panosian shows nothing but Christian humility and gratitude. Oh to be more like this man and his beautiful family. And like the Armenian people, who have survived in spite of attempts to snuff them out. What a glorious story, one not to be missed.