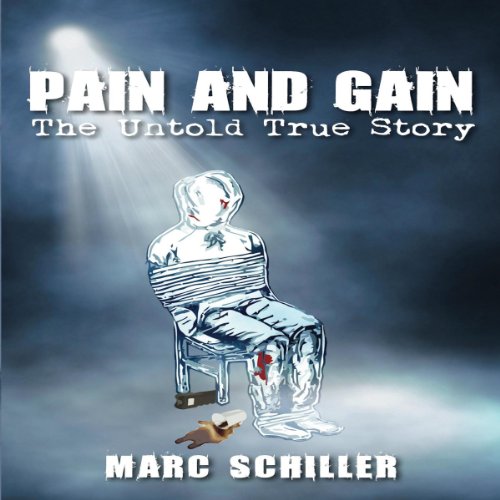 What if you were kidnapped, tied to a wall for a month, starved, humiliated, tortured and then they tried to murder you, but you survived? What stories would you tell of how you were able to survive and the struggles you went though? What if you went to the police and they did not believe you? What would you do to evade those trying to kill you and how would you bring the criminals to justice before they struck again? How would that change your life and the way you perceived the world and people?

The year was 1994, and Marc and his family lived an ordinary middle-class life in Miami, Florida. Little did he know that in November of that year his life and that of his family would change forever. The events that were about to unfold could not be conceived by the wildest imagination.

In this amazing audiobook he narrates the events that led to his kidnapping and his attempted murder. It will transport and place you in the warehouse were he was held and give you a unique perspective of the events that transpired during that horrific month and the physical and mental struggle to beat the odds and survive.

Marc chronicles his story in torturous detail, revealing his humiliation, pain and suffering at the hands of the Sun Gang Gym and his miraculous survival. You will understand how and why he survived and that almost everything can be taken from a human being, but one's spirit and determination to survive can never be. No one believed his story, not the police nor anyone else. Nevertheless, he remained steadfast and determined to bring the criminals to justice before they struck again.

Truly a harrowing tale - one that you won't soon forget and will uplift and inspire you.

What listeners say about Pain and Gain

Wow, an incredible story, this isn't the 1st and sadly won't be the last time cops really mess things up.
If the author of ever reads this review, I'm glad you made it and wish you all the best for your future...

This is an incredible story of being kidnapped, robbed of everything and recovering. It's hard to believe an adult could be kidnapped like he was, then released after losing everything. I'm Not sure if I would have been as complacent and compliant as he was. There really wasn't an afterward of how he recovered financially which I think should have been included. It was a good listen though.

Honestly could not put it down

I was in shock at the events that took place

So glad I read it.

This nonfiction account of kidnapping, torture and identity theft is compelling. The author manages to insert comic relief with wit and sarcasm, making the story bearable.

The author, who was also the victim, does not address this crime in a larger social context and thus leaves unanswered questions.

This ruthless crime is unusual in the USA which is why the police and even doctors refused to believe him. How many of the criminals were born in the USA? Are these crimes common in the countries they came from? The victim's wife was not American. In the country she came from the police are corrupt. Did this explain why she did not notify the authorities when her husband went missing?

Why was the press not alerted if the police would not respond? Why was a Congressman not notified?

The larger issue of the impact of immigration on crime was not addressed. This exploration would have added dimension to this story.

The narration is very well done.

Knowing this to be a true story I found both the book and the narrative left a lot to be desired. What should have been a truly horrific experience came across like an old western where everyone involved acts tough and doesn't feel anything. I find it hard to believe that a man who would have been in so much fear for his life would be laughing to himself about how stupid his captors were. Marc Schiller seems so intent on projecting a tough guy image he doesn't portray the fear and terror he must have felt.

On the factual side I am astonished that so many people were aware that he had just disappeared and all his belongings were being sold off and yet not one person approached law enforcement. A very sad reflection on societies 'not wanting to get involved' attitude.

Totally disliked the fact it was read as if reading a gung-ho novel instead of a terrifying and sad life epic. I'm not sure if that's down to the narrator or the way the book was written by the author.

Would you listen to Pain and Gain again? Why?

I would not listen to the book again but after listening to it I went to Netflix and ordered the movie. I'm currently waiting for the arrival for the DVD.

What was one of the most memorable moments of Pain and Gain?

I felt profound frustration in the hospital's staff failing to respond to Mr. Schiller's request for law enforcement to be notified but I understand it. I was in a horrific motorcycle accident that left me disabled. My forth night in the hospital I awoke with amnesia and under the impression I was a POW being tortured to death. I tried to escape from the hospital that was taking excellent care of me. Because of this I understand patients having experienced severe trauma are not always thinking in their right mind.

Which character – as performed by Bill Fike – was your favorite?

Mr. Schiller is a great protagonist

What did you learn from Pain and Gain that you would use in your daily life?

I recommend this book and look forward to watching the movie

If I did not know better I'd think it was fiction

Would you listen to Pain and Gain again? Why?

Yes, to catch details I had missed. Have already read the "print" version.

As the title said, reality can be scarier than fiction.

The whole truth? The hospital personal are trained to see and identify potential illegal or suspicious injuries. Hospitals are also required by law to report suspicious stories from patients and family.

The hospital personal.
Why? Because what they did was unexplainable. Really unbleavabel.
Hospital personal are trained to see and identify potential illegal or suspicious injuries. Hospitals are also required by law to report suspicious stories from patients and family.

Could you see Pain and Gain being made into a movie or a TV series? Who should the stars be?

There is something fishy about this whole story. Somehow this story has more to it then the author is telling the readers. Better explanation of why there is so much of the story does not make sense. Banks, title companies, financial instructions, lawyers, doctors, police, all did nothing. Hmmmmm.

terrible if it happens to you.

"Don't listen to before bed". I know why. The reader is so boring you will fall asleep and not hear the book. It's as if he is reading a text book. As for the story, terrible if it happens to you but not that scary brutal. I would like to exchange this title.

The constant use of sarcasm in retelling his kidnapping leaves the listener wandering what he actually said - his quips are truly awful and remind me of the Alan partridge autobiography. The story itself is good but is heavy on his time in captivity and very light on the investigation. The individuals (wife family kidnappers etc) are very two dimensional - his wife is just his wife, the most detail you get is their pet names for one another. Worth a listen but overall a bit of a disappointment.