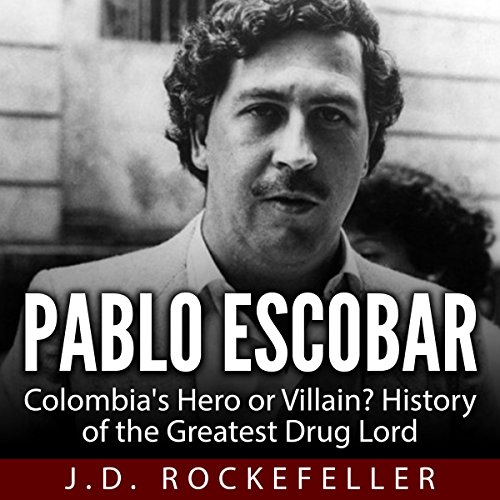 By: J. D. Rockefeller
Narrated by: Jeffrey A. Hering

Pablo Escobar, born on the first of December, 1949, and killed on the second of December, 1993, was a notorious drug lord in Colombia. During the height of his career, he supplied an estimated 80 percent of the cocaine smuggled into the United States. He was widely regarded as the King of Cocaine and the wealthiest drug lord in history, with a net worth that had exceeded $30 billion by the start of the '90s and reached an estimated $50 billion including the money hidden in different areas in Colombia.

What listeners say about Pablo Escobar: Colombia's Hero or Villain?

If you are going to read a book for people to hear, i’d expect performer to say the names of cities and people correct. Spanish was murdered!

Too short to include any significant information. The narrator did not do his homework trying to figure out how to pronounce those 10-15 spanish names used in the story. Altogether it sounds more like a joke.