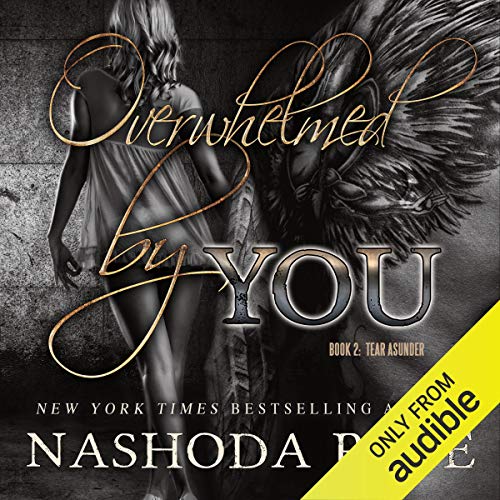 Love is ugly, and secrets will destroy you.

I don't beg. I don't cry. And I don't give second chances.

Ream, the lead guitarist of the rock band Tear Asunder, deserves a gold medal for best dick move ever when he ran the moment he discovered my secret after two days of hot sex. Then he brought some chick to my coming home from the hospital party - after being shot. I hate him.

Ream's six-foot-two frame unfolded out of the car after being gone on tour for eight months. I stared. And, in my defense, any girl would stare. It would almost be rude not to, because Ream was the type of guy who stood out. Not because he was loud and obnoxious. No, it was because he was the complete opposite. Subtle and dangerously quiet. If he spoke you'd better hope he liked you, because otherwise you'd be falling at his feet begging for mercy.

I don't beg - ever. But when our eyes locked, it was Ream's steady confidence that had my nerves shooting off like jet sprinklers. Then...

Ream told me he didn't need a second chance, because he was still working on his first.

Sex is ugly. It's using someone for your own narcissistic pleasure. I did it, but hated it - until her. She was unexpected. Then I had to wreck our beginning with my screwed up past. I don't deserve her, but I'm selfish, and I'm taking her anyway. This is who I am, and it's too late to change me.

Enjoying this series. Good story. They are a bit similar but still enjoyable. Hubby likes me reading them.

This started slow but the plot was amazing. Totally didnt see that twist. not at all predictable :) awesome narrators. very easy to listen to. Thanks i enjoyed this and highly recommend this series :D

Kat is Emily's, from book 1, best friend. While Emily and Logan are away Kat and Ream work together on the horse farm and become friends and hookup for a weekend. Ream doesn't do repeats and he never let's a woman suck him. He does all this with Kat and wonders what is so different about her. He starts thinking he can make her bend to his will. Ream believes there's an ease between them they click.

When Kat goes to the bathroom Ream enters a few minutes later and catches Kat with a syringe. He thinks she's shooting up illegal drugs and blows up. Kat explains to him she has a medical condition that she keeps hide from her friends.

Ream grew up with a drug addict mother, no father. Ream's past interferes with his thoughts of a possible relationship with Kat.

This book delves into Ream's past. There's a shooting and kidnapping. Lot's of twists, turns, excitement and suspense.

J.F. Harding and Kate Russell give a great performance.

Absolutely with a credit or $$.

First, I adore this series and I adore this book. It's probably my favorite of the Tear Asunder group. I was leery of the audiobooks, because each one has a different narrator(s), which usually indicates that they haven't found the right ones for the books. Most of the book is done by Kate Russell, and I've definitely heard worse, but I didn't love her performance. Her male voices were better than most of the female narrators I've heard trying to do "alpha male", but too many times (especially with Deck) she sounded like a BAD John Wayne impersonator. She tended to get a little sing-song-ish too, which really didn't match the story, and her Emily sounded like a little girl.

I liked this book but not as much as the first book in this series, Torn From You.

This audiobook is one in a series that should really be listened to in order, so that you can get the most out of them. I listened to book 3 first and it was confusing. Now that I've gone back and heard them in order they are much more enjoyable. Still it's a great series! The narration bothered me a little. You don't hear the male narrator very much and when the female narrator does a male voice it sounds very close to the female voice. That's really my only drawback to this audiobook, as the story is very captivating.

If you want something to really move your soul, give this book a listen to. The topics discussed in this entire series may be hard for some to listen to but they r real. Turn a blind eye if you choose but if you want to feel something in your gut, listen to this book.

ofcourse
first, nashoda's writing is superb
second, i had read and after some time listened and enjoyed every word again
i just love this

ream , do you really need an explanation???

dont touch ream he is mine :P