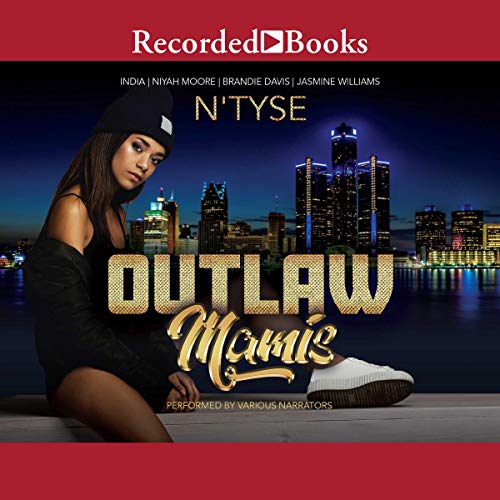 "Secure the bag" is their motto, and death before dishonor is their G-code, so when greed, disloyalty, and hidden agendas threaten their enterprises, these outlaw mamis exact revenge on a whole new level!

"Blood of My Blood" by Jasmine Williams: Products of their environment, Naima and Cha-Cha are all too familiar with the street code, but when blood turns against blood, it sets off a chain reaction for retaliation and street justice! Watch the bodies fall in their chase to get money!

"Honor Among Boss Chicks" by Niyah Moore: No hustle is too grand for JuJu and Tah. Being raised as troubled youth in the system and wards of the state, they can only depend on each other for survival, but will Tah's latest masterplan threaten their friendship and blow their cover?

"Dishonorable" by India: Whoever said the dope game is only for men must've had no idea that women are some of the best players! Markita, Alexis, and Kenya stumble into Detroit's rising drug trade, and using their street intel and hustle-hard mentality, they quickly rise to the top. The question is, how long will they stay?

"Mental" by Brandie Davis: Tammy and her younger brother, Cory, solidified a desirable position harvesting organs in the black market. Their success inspires drug dealer Baldwin, and he's desperate to eliminate his competition, even if it means catching a body. He'll learn soon enough the lengths one will go to protect what's theirs.

"One in the Chamber" by N'Tyse: Carma Jenkins has had her fair share of run-ins with the law as a wild and rebellious teenager; however, after witnessing her parents' brutal murder, she vowed to change her life for the better. Now the ambitious real estate broker is living her best life - until the past she deserted resurfaces to collect on the IOU.

What listeners say about Outlaw Mamis