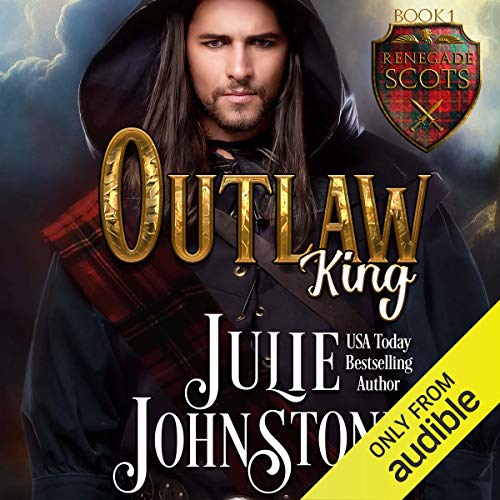 She’s the weapon intended to destroy him. He’s the key to her freedom.

Dark days have come to medieval Scotland, and fierce warrior Robert the Bruce would do anything to release his country from English rule - and not just because he’s the rightful heir to the Scottish throne. As the bloody war rages on, enemies on both sides of the fight surround him, and Robert must dance a dangerous line between truth and deception. One misstep could topple his nation and cost him his life, yet one woman tempts him - and threatens his mission - as no other ever has.

Elizabeth de Burgh longs for freedom in a time when women have none. So when she finds herself ordered by her ruthless father and her godfather, the King of England, to seduce the leader of the Scottish rebellion and reveal his secrets, she yearns to fight back against their cruel plot. But they threaten to kill her beloved cousin, leaving her no choice but to comply. As she grows close to Robert and the mask that hides the man who would be king is peeled away, she cannot imagine aiding in the destruction of the noble Scot bent on liberating his people.

Bound by duty and honor but ensnared by passion, Robert and Elizabeth must determine if they are each other’s biggest threat or greatest source of strength. And moreover, they must decide how much they are willing to risk for the one thing neither ever imagined they’d find with the other - extraordinary, boundless love.

*Outlaw King can be read as a standalone historical romance.*

Before purchasing this book I had previously listen to the series of books by Monica McCarty. The series is the Highland Guard and that series was very good. It was about Robert Bruce and his fight for the throne. At first I did not want to listen to this book since I had just finished that series. However, I am so glad I did. This book is about the early years of Robert Bruce and how he met Elizabeth.

Tim Campbell is awesome. His voice for the different characters were so distinct. You could not help but enjoy listening to his voice in narrating this book.

It is a must listen.

I really enjoyed this book, it was a true love story, the H&H fought together for a common cause without a lot of tension and misunderstanding that so many so called romance writers call romantic.

A wonderful mix of history and romance

Well done - Julie Johnstone never disappoints and the performance by Tim Campbell was fabulous. A wonderful start to a new series

5 Stars for the Story, the Narrator, and the beginning of this series. Excellent experience as Tim Campbell brought all the characters right into your time. Julie Johnstone has done it again.... superb book an audiobook.

Julie Johnstone turned the true story of Robert the Bruce into a fictional historical romance that is just amazing! The characters were strong and showed incredible strength through such horrible times. I really enjoyed this audio book and it is definitely credit worthy. If you love highland romance, this book is definitely for you!

Wonderful job by Tim Campbell! He made the story come alive and the romantic scenes sizzle!

enough action and fast enough plot to keep me entertained while crafting, sewing, and building.

Great story, excellent narration, I loved the deep voice. I can hardly wait till the next book.

Made you wonder what it would have been like to live under the rule of an all powerful King of that time and to dare to truly love. Narrator was excellent.

Outlaw King has it all