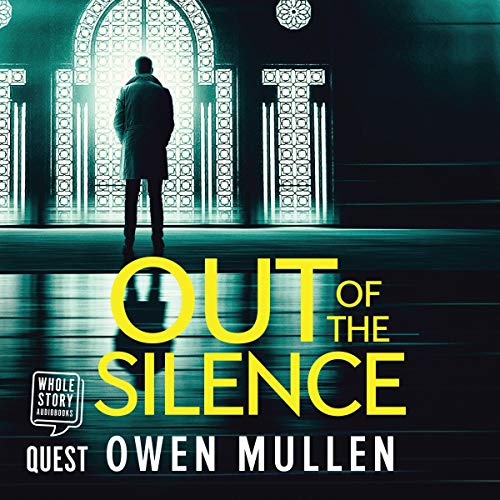 Out of the Silence

Out of the Silence

Out of the Silence is a powerful revenge thriller which will appeal to fans of authors like Victoria Selman, Chris Collet and J.B. Turner.

Star investigative reporter Ralph Buchanan’s glory days are behind him. His newspaper has banished him abroad, not knowing the greatest moment of his long career is waiting for him there.

When Simone Jasnin asks him to help expose a grave injustice, he finds himself embroiled in a harrowing tale that began in a dusty rural settlement, setting in motion a chain of events that will change the lives of everyone involved.

Seven years later, members of a prominent family are being brutally murdered. The only clue is a hand-carved wooden bangle left at the scene of each crime.

As the list of suspects grows and the tension mounts, Ralph realises the answers might be closer to home than he ever thought possible. Solving the mystery will put him back on top, but at what cost?

What listeners say about Out of the Silence

Out of the Silence was such a brilliant read that I'm 'double dipping', read the book and listened on Audible. The story is so intense, I believe it's one you could go back to again and again and every time would find a new emotion and nuance from the tale. Although we learn a great deal about Ralph, the story really centres around Afra and the culture connected to marriage in certain countries. One of the contrasts that stood out for me way more on Audible than it had when I read the book was the paradox of Ralph and Afra's lives. The downward spiral and ravaging of Afra's life is juxtaposed against Ralph's upwards climb to greater achievements, not necessarily as a journalist, but more successful as a human being. Afra becomes less and less human, not even valued as a person, less even than a possession. And through it all we have Jamil, and the rise of one man who took a chance and made the most of the most fantastic opportunity life could have thrown at him. This is so poignant, such an emotional book, I defy anyone to listen without a lump in their throat and a tear in their eye. David McCallion turns in a fine performance, which perfectly compliments that eloquence of Mr Mullen's words. I cannot recommend this book highly enough. Bravo Mr Mullen, 5 stars from me.

This is what one of those books that remind you how hard women have it in some societies. Excellent story and very well narrated.