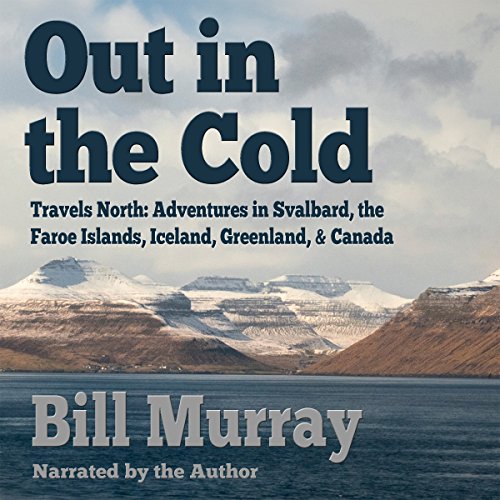 Out in the Cold

An inspired tale of high adventure, Out in the Cold is Bill Murray's vivid portrait of his travel across the vast Northern Atlantic from the Arctic north of Norway to Nova Scotia. Murray begins in pursuit of a total solar eclipse in Svalbard, 800 miles from the North Pole. He tests the culinary appeal of wind-dried sheep in the tiny Faroe Islands, befriends Inuit bone carvers in Greenland, and camps with an itinerant Italian musician who dreams of building Greenland's first luxury resort. He stands naked and freezing on an Icelandic glacier and later (with his clothes on), on the wind-battered Canadian bog where the first European stood 500 years before Columbus.

With a light touch, wry analysis, and remarkable depth of reportage, Bill Murray weaves high adventure with practical science and absorbing history, taking the pulse of an under-explored, fragile region on the precipice of change. By turns evocative, astonishing and always a jolly good ride, Out in the Cold is a sprawling and rewarding tour of the Atlantic northlands today.

What listeners say about Out in the Cold