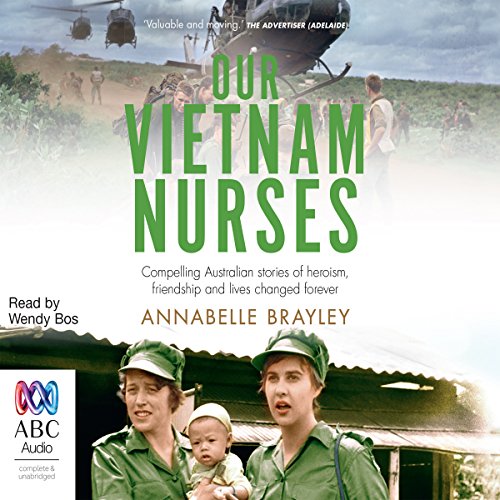 An inspiring and astounding look at the extraordinary courage and contribution of Australian nurses and medics during the Vietnam War.

From the best-selling author of Bush Nurses and Nurses of the Outback comes this collection of compelling and moving stories of our heroic nurses in the Vietnam War.

Being a nurse always requires a cool head, a steady hand and an open heart. But if you're working in a war zone, the challenges are much harder. When Australia joined the Vietnam War, civilian and military nurses were there to save lives and comfort the wounded. With spirit and good humour, they worked hard and held strong, even though most of them were completely unprepared for the war before they landed in the middle of it.

Working incredibly long hours and surrounded by chaos and turmoil, these brave nurses and medics were integral to our war effort. These 15 stories show a side to the Vietnam War that has received little recognition but played an important part in shaping Australia's presence in the war. From flying with critically wounded Australian soldiers out of turbulent war zones to being held at gunpoint, the compassion, courage and grace under fire in Our Vietnam Nurses will inspire and astound.

This was a really interesting, and slightly unusual story about the Australian nurses who served in the Vietnam war.
It’s unusual to hear a story about the conflict when it’s looked at from a different perspective to what’s more the norm.
I learned a lot.