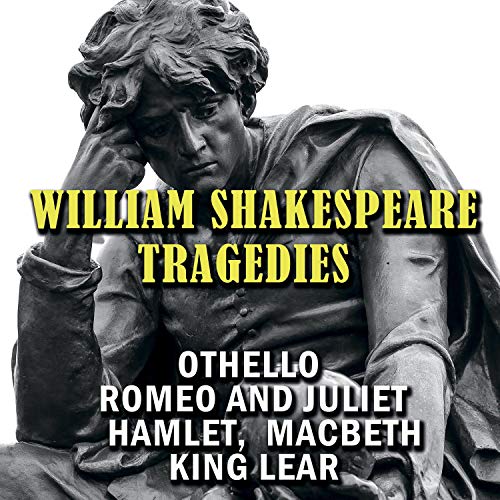 Shakespearean tragedy is the designation given to most tragedies written by playwright William Shakespeare. Many of his history plays share the qualifiers of a Shakespearean tragedy, but because they are based on real figures throughout the History of England, they were classified as "histories" in the First Folio. The Roman tragedies - "Julius Caesar", "Antony and Cleopatra" and "Coriolanus" - are also based on historical figures, but because their source stories were foreign and ancient they are almost always classified as tragedies rather than histories.

Shakespeare's romances (tragicomic plays) were written late in his career and published originally as either tragedy or comedy. They share some elements of tragedy featuring a high status central character but end happily like Shakespearean comedies. Several hundred years after Shakespeare's death, scholar F.S. Boas also coined a fifth category, the "problem play," for plays that do not fit neatly into a single classification because of their subject matter, setting, or ending. The classifications of certain Shakespeare plays are still debated among scholars. Our collection includes the following of Shakespeare's tragedy: "Hamlet", "Othello", "King Lear", "Macbeth", "Romeo and Juliet".