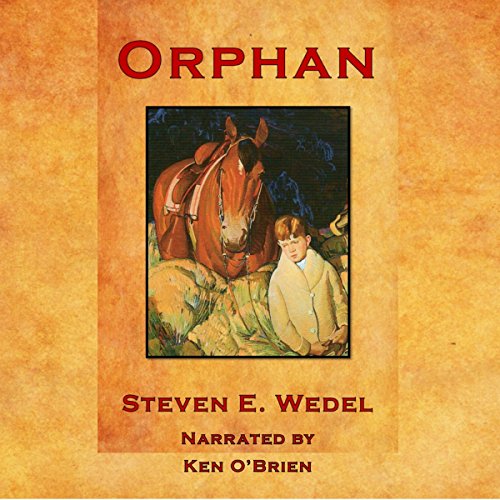 Ramsay Quarles is already a wanted man when he guns down a cheating gambler in a small Kansas town. Now the dead man's nephew, Jack, has decided Ramsay is his new guardian and guide to the western frontier.

Meanwhile, Les Booker just wants to work his job as a foreman in a Chicago meatpacking plant, marry the girl he's been courting, and forget he used to be a Pinkerton man. The last thing he wants to do is try to track down his rich boss's runaway grandson. But his girl isn't who he thought she was, and if he wants to continue to see her, he has no choice but to do what Mr. Arrington demands.

Ramsay, Jack, and Les are on a collision course, with a bounty hunter hot on Ramsay's trail and a clock running on Les's romantic future.

What listeners say about Orphan