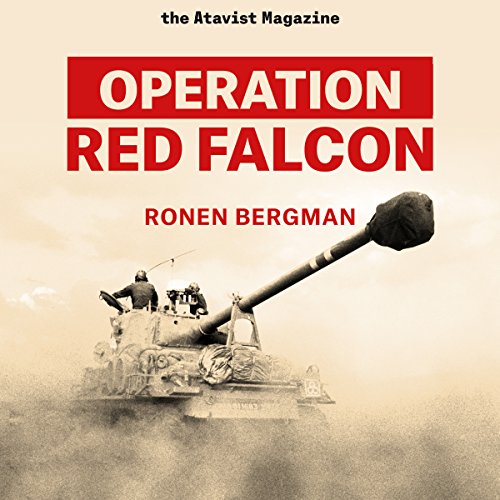 Early on the morning of September 1, 1996, the Israeli military began preparing for a war with Syria they were convinced was imminent. The Israelis had received top-secret intelligence from a Syrian general and informant code-named Red Falcon, recruited 23 years earlier by Mossad spy Yehuda Gil - himself known as "the man of a thousand faces." Gil had been the general's sole handler, the conduit of decades of critical intelligence. But now, on the brink of war, questions arose about who exactly was handling whom. What information was real, and what was a lie? Was Gil, a man of mythic exploits in Israeli intelligence, a hero or a traitor?

With exclusive access to Gil and other key figures in one of the greatest intelligence intrigues in modern history, celebrated Israeli investigative journalist Ronen Bergman unravels the incredible true story of the Yehuda Gil affair. Bergman's unprecedented reporting takes him to the heart of Israel's shadowy spy agencies, arguments at the highest levels of a government lurching toward war, and last-minute secret meetings at the CIA and the White House to avert it. At the center of it all is the mystery of Red Falcon, his spymaster handler, and the very nature of deception.

rhis story was very interesting and narrator had an intriguing voice. I only wish the story was longer. Very good intriguing story although I love anything about the mossad they are just so damn cool

I came to this having listened to the much longer "Rise and kill first" by the same author, an investigative journalist from Israel. This is a well-told, immersive story about a one-time Mossad "suoer-spy" and his fall from grace. Far from glamourising the man or the agency, this is a wonderfully drawn portrait of a complex man in a story which seems plucked straight from the grey-shaded world of John Le Carre.

All too short, it is well-told, well-voiced and fascinating.