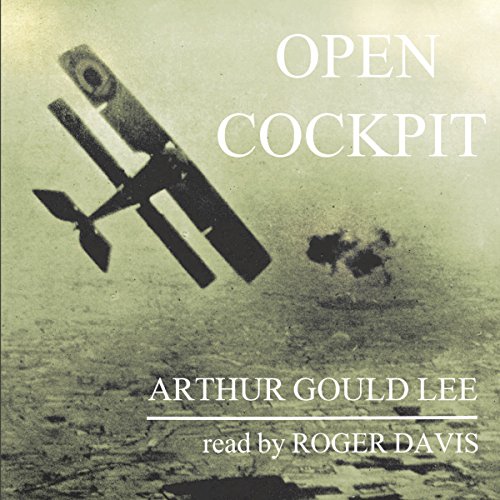 Thanks to a broken leg during flight school, Arthur Stanley Gould Lee gained valuable additional time flying trainers before he was posted to France during World War I. In November 1917, during low level bombing and strafing attacks, he was shot down three times by ground fire. He spent eight months at the front and accumulated 222 hours of flight time in Sopwith Pups and Camels during a staggering 118 patrols - being engaged in combat 56 times. He lived to retire from the RAF as an air vice-marshal in 1946.

Author of three books, this is by far his best. Lee puts you in the cockpit in a riveting account of life as a fighter pilot at the front. At times humorous and dramatic, this thoughtful, enlightening, true account is a classic to be ranked with Winged Victory by W. V. Yeates, also published by Grub Street.

Loved this book! I read / listen to a lot of aviation history but I learned a ton from this one. Here were a few, random things that I liked and learned from:

1) When Lee first flies his Sopwith Pup, he describes what was in the cockpit. I always knew they carried hammers to pound on their machine guns but did you know they were carried in canvas cases? Did you know that they also carried 'POW bags' in case they were brought down in enemy territory? These kinds of details really make it feel like you're there.

2) Hearing the performance details of the Pup as compared to the German Albatross was cool. Lee thought the Albatross was a better plane but you could use the Pup's qualities (better high altitude performance & more agility) to your advantage. These facts aren't just dryly thrown out there, they come out during Lee's descriptions of numerous dogfights.

3) It makes sense but I never realized how much the pilots hated trench strafing and how air combat was considered less dangerous and less random.

4) Lee was very frank about the fact that he was scared. He credited his survival to both luck and to a rule that his first goal was to survive, not to get Huns. He, clearly, wasn't a coward but, at the same time, it was refreshing to hear someone admit his fears and describe how they shaped his approach to combat.

5) The narrator, with his English accent, was perfect for this book.

6) The book was loaded with flying and air combat. If there was any weakness it was that Lee didn't get deeply into his personal life or the emotions of his squadron mates and fellow pilots. Of course, that has been done in a lot of other books, though. He did, also, turn somber in the last chapter when he describes visiting the battlefields over which he fought some 40 or 50 years earlier.

Anyhow, if you're into flying, air combat, and/or WW1 air combat, I'd strongly recommend this book!

This is a tremendous book, well narrated, informative, and exciting.
a must have for aviator fans,and ww1 interest.