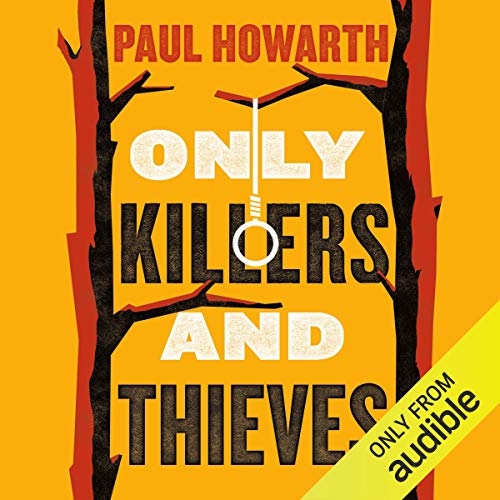 Only Killers and Thieves

Two brothers are exposed to the brutal realities of life and the seductive cruelty of power in this riveting debut novel - a story of savagery and race, injustice and honour, set in the untamed frontier of 1880s Australia - reminiscent of Philipp Meyer's The Son and the novels of Cormac McCarthy.

An epic tale of revenge and survival, Only Killers and Thieves is a gripping and utterly transporting debut, bringing to vivid life a colonial Australia that bears a striking resemblance to the American Wild West in its formative years.

It is 1885, and a crippling drought threatens to ruin the McBride family. Their land is parched, their cattle starving. When the rain finally comes, it is a miracle that renews their hope for survival. But returning home from an afternoon swimming at a remote waterhole filled by the downpour, 14-year-old Tommy and 16-year-old Billy meet with a shocking tragedy.

Thirsting for vengeance against the man they believe has wronged them - their former Aboriginal stockman - the distraught brothers turn to the ruthless and cunning John Sullivan, the wealthiest landowner in the region and their father's former employer. Sullivan gathers a posse led by the dangerous and fascinating Inspector Edmund Noone and his Queensland Native Police, an infamous arm of British colonial power charged with the 'dispersal' of indigenous Australians to 'protect' white settler rights.

As they ride across the barren outback in pursuit, their harsh and horrifying journey will have a devastating impact on Tommy, tormenting him for the rest of his life - and will hold enduring consequences for a young country struggling to come into its own.

Re-creating a period of Australian and British history as evocative and violent as the American frontier era, Only Killers and Thieves is an unforgettable story of family, guilt, empire, race, manhood and faith that combines the insightfulness of Philipp Meyer's The Son, the atmospheric beauty of Amanda Coplin's The Orchardist and the raw storytelling power of Ian McGuire's The North Water.

What listeners say about Only Killers and Thieves

action packed and moving
narrator was excellent. A bit graphic in places but that and the bad language was integral to the story.

I've tried twice to listen to this book. Despite rave reviews from others, it was far too brutal for me .