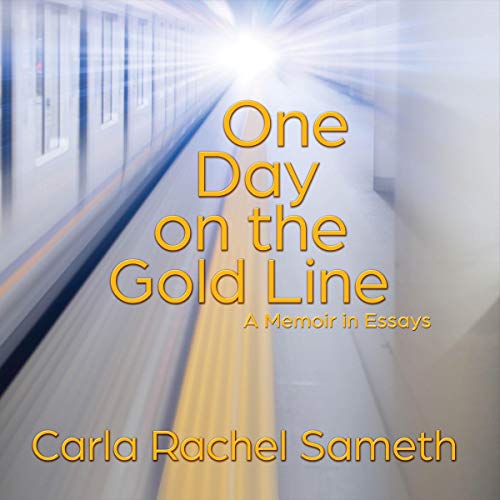 One Day on the Gold Line

"Sameth’s book presents a brutally honest and much-needed account of family-building and parenting in the 21st century." (New Pages)

Through meditations on race, culture, and family, One Day on the Gold Line tells the story of a lesbian Jewish single mother raising a black son in Los Angeles. A memoir-in-essays, it examines life’s surprising changes that come through choice or circumstance, often seemingly out of nowhere, and sometimes darkly humorous - even as the situations are dire.

While escaping from a burning boat, Carla realizes that if she died, her one regret would be not having children. She overcomes miscarriages to finally give birth to a son. Motherhood’s usual struggles are then complicated by identity, community, and the challenges of creating a blended family. The overarching theme of these loosely woven reflective tales is the storyteller’s dream of the “perfect” family, the pursuit of which hurls her from one crisis to the next, ultimately meeting its greatest challenge in the form of her teenage son’s struggle with drug addiction.

What listeners say about One Day on the Gold Line