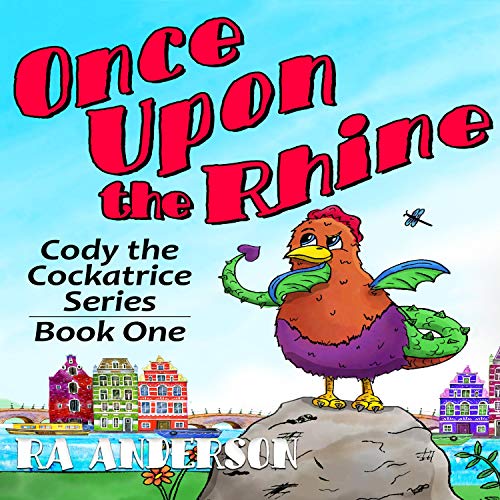 Once upon the Rhine

Cody is a cockatrice, a mythological creature that is invisible. But wait. If Cody is imaginary, how does Brody see him while exploring Basel, Switzerland?

Brody takes notice of the strange statue standing guard over most of the water fountains around the city of Basel. As he fills his water bottle, their Swiss chocolatier tour guide explains that the mythological creature was fathered by a rooster, mothered by a lizard, hatched by a toad, and had the tail and wings of a dragon.

Cody realizes Brody sees him and has no idea what to do. He’d become obsolete when children no longer believed he was real, making his job as a guardian of children impossible. Fifty years is a long time to be alone!

Can he be a cockatrice god-parent (CGP) to an American? If so, will he have to leave Basel and go to America with the boy and his family? Cody decides to follow the family down the Rhine River on their Disney riverboat cruise and soon learns he is more than needed by Brody and his two brothers.

What listeners say about Once upon the Rhine