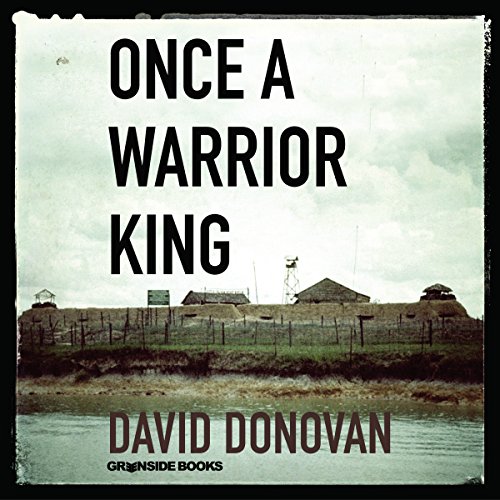 Once a Warrior King

Memories of an Officer in Vietnam
By: David Donovan
Narrated by: Don Sobczak
Length: 11 hrs and 59 mins
Categories: Biographies & Memoirs, Memoirs
5.0 out of 5 stars 5.0 (1 rating)

Once a Warrior King

He was a young American soldier - and the most powerful man in a remote rural District of Vietnam.

In the spring of 1969, First Lieutenant David Donovan arrived in the Mekong Delta of South Vietnam to work as military advisor with village chiefs and local militia to win the war.

But as he was the highest-ranking person in the entire district, his life there was far more complex than anyone could have imagined.

This is Donovan's gripping account of combat missions and night ambushes in the swamps and jungles of the Delta...his heartrending tale of personal involvement with the culture and families in his charge...his humane introspection on his awesome responsibility as both warrior and king...his stark reflections on the changes he saw in himself and his country upon his return to the U.S.

What listeners say about Once a Warrior King

When I was in Civil Affairs school I was comparing playlists with the officer on my team. We were both runners and liked to get our professional reading done as we clocked the miles. I was carrying around a well worn paperback copy of Once A Warrior King and pressed in into his hands. "Sir, you need to read this book. Plus it's pretty funny at times." He quickly read the passages I pointed out and then went out and got his own copy.

Finally it's on audio! Rejoice and enjoy the ride.

Oh my brother, where art thou

It's good that this man told his story, and so early, while those who betrayed him still hated their shame. Thank you. Thank you for being my brother.

Tribute to all Vietnam veterans

This writing touched my heart. As the proud son and son in law of Vietnam veterans and a retired veteran myself, this book helped me to understand the pain and anguish of loss these men felt/feel. I did not experience the same homecoming from Iraq or Kuwait that these men did from Vietnam so I find it hard comprehend, this book helped me in that regard (too late for my own father but perhaps not for my father in law). I did not suffer the grief of loss in the numbers of friends that many of these heroes did (I only lost one good friend in Iraq) but in some small measure I can empathize. Thank you LT Donavan, for sharing your experiences and your patriotism and your caring and kindness for your fellow man regardless of their country of origin.

Excellent book, couldn't stop listening. A true warrior, soldier and man. Not only his experience during his tour, but also his personal struggles and admirations for the people of Vietnam he was fighting for. Also insights of his struggle after returning home. I Strongly recommend this book. Great narration.

Loved the story. Intimate telling of of thoughts, conflicts, victories and losses. These small teams, with little heavy weaponry or air support fought their own war with poor villagers as their comrades. Interesting point of view of this controversial war. Thank you DMD.