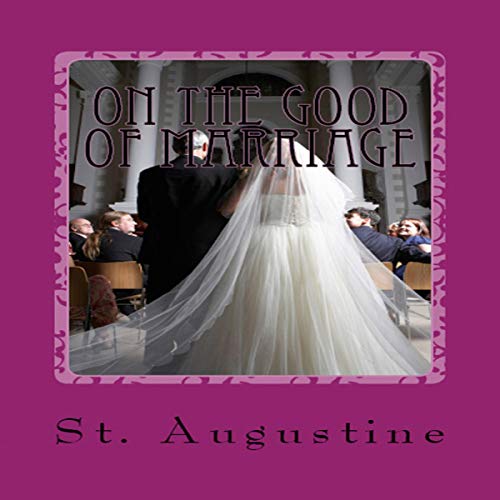 On the Good of Marriage

The editors are, of course, aware of the danger there is in listening to a treatise like the following in a spirit of idle curiosity, and they beg any listener who has not well assured himself that his aim is right and holy to abstain from perusing it. At the same time it must not be forgotten, that something far other than a mere shrinking from subjects offensive to modern delicacy is needed, in order to purify the thoughts with respect to the holy estate of Matrimony. The mind that will but seriously attend to it in that light, will certainly be strengthened against evil suggestions by seeing in the whole subject a field of Christian duty.

It seemed further requisite to bring forward a work calculated to remove the imputation so falsely cast on the holy Fathers, that they regarded Matrimony as unholy, and almost agreed with the Manichean view of it, as a defilement and degradation to the Christian. They did, it is true, prefer Virginity to Marriage, but, as St. Augustin expressly states, as the “better of two good things”, not as though one were good, and the other evil.

In estimating the work and the writer, the age in which it was written must be kept in view, and what that age required must not be imputed as a fault to him or to his religion. And perhaps what was written for another age may serve the more safely towards our improvement and guidance from the very circumstance that the style and manner of antiquity has become a kind of veil, which takes off somewhat from the strength and vividness of first impressions, and leaves the mind more at liberty to use what is laid before it as it will, than a more modern way of speaking would be likely to do.

What listeners say about On the Good of Marriage