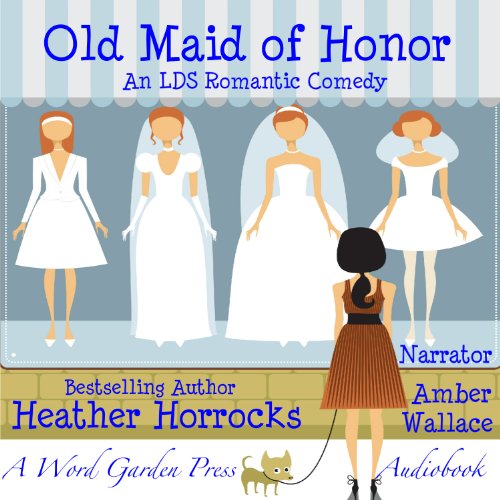 Part-time clown Amelia White has a detailed list of traits and accomplishments that make for her perfect man and she won't marry anyone lacking even one of them. Perhaps that's why she's nearly 30 and still unmarried. Always a bridesmaid, never a bride seems to apply to both her and her roommate, until Stacy announces her upcoming and unexpected wedding. Now Amelia is feeling like an old maid of honor. When she is introduced to Ben Adams and begins to spend time with him, she is delighted to check off all the items on her list and believes he might just be The One. As she falls in love, she learns she has assumed a great deal and Ben is not the man she thought he was. But, even so, could he prove to be the perfect man for her?

(Note: It's labeled as an LDS Romantic Comedy because the main character is LDS/Mormon and so some of the items on her perfect-husband list are LDS-specific; however, the book itself is just good clean fun about a woman who's ready for love but is afraid it's never going to find her - and it might not, until she loses her list.)

What listeners say about Old Maid of Honor

I enjoyed this in the Audio version. Great reader. Kept me laughing out loud in a few places. Good clean fiction. I’m going to look for other books from this author.

Juvenile Mormon cliche with a syrupy-sweet narrator. There's better out there.
Don't waste your time. Painful.