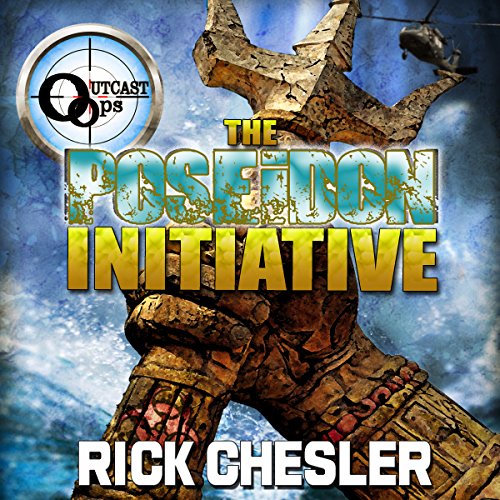 During a terrifying break-in at a marine laboratory, a European-North African terror group makes off with a large quantity of deadly nerve agent. Demands are made and large-scale attacks are launched in the United States from coast to coast.

Enter OUTCAST (Operational Undertaking to Counteract Active Stateside Threats) - six ex-operatives from six of America's most powerful organizations. Each has been unceremoniously released by their respective former employer for alleged misdoings that leave their pride wounded but their essential skill-sets untouched. After uniting over their shared bond of dismissal from the nation's most elite outfits, the disgruntled spooks can now work together like never before to take down threats to their beloved country, a country that branded them as outcasts but needs them now more than ever.

When the President of the United States becomes a target of the terror group while hosting a party on his yacht, OUTCAST is hell-bent on showing America that their way isn't the best way - it's the only way.

What listeners say about OUTCAST Ops: The Poseidon Initiative

This should be a movie

What made the experience of listening to OUTCAST Ops: The Poseidon Initiative the most enjoyable?

The way the narrator delivered. I read the book, but listening to it felt like it was an entirely different book.

the scientist doctor Jasmine. She was strong, intelligent but compassionate at the same time.

He made me visualize the story as he was speaking.

The moment where Jasmine's assistant was killed. I actually started crying

Swept off of my feet

What did you love best about OUTCAST Ops: The Poseidon Initiative?

There was so many twists and turns, I loved it.

Yes, right when I'm expecting one thing, something else happens.

The boat scene where they were swimming under sea.

Yes, but I couldn't because it's a long book. I had a hard time turning the audiobook off, but I was able to finish it in a few days.

Would you listen to OUTCAST Ops: The Poseidon Initiative again? Why?

I would, because it was entertaining. There was a lot of plots and twists.

Yes, it kept me on the edge of my seat because it reminds me of world events that are going on today.

The beginning scene was so intense, I loved it.

Adventures of the protectors of the world

This book is full of twists and turns and I loved it.

I loved the experience of this game, this was a great listen and im glad i had a chance to finally listen and learn!

yes it definitively was!

It ranks pretty high, i have to say this book was very informative and helpful!!

Loved all the tips and trick that was provided in this book!

A lot of the tips in this book helped me in ways i never would have learned before, and for that i am grateful!!!

Would you listen to OUTCAST Ops: The Poseidon Initiative again? Why?

I would it was very informative and I learned so much! so awesome!!

What was one of the most memorable moments of OUTCAST Ops: The Poseidon Initiative?

The tips and tricks!!

Dangerous and Risky yet FUN!!

Loved it, definitely helped me advance in my skills and knowledge of the game!!

loved this so much!!

It ranks pretty far, I definitely enjoyed this very much!!

I loved the tips and tricks that was provided in this book!

Loved his range, and vocal performance!

Yes it sure was!!

Will refer learned a lot!!