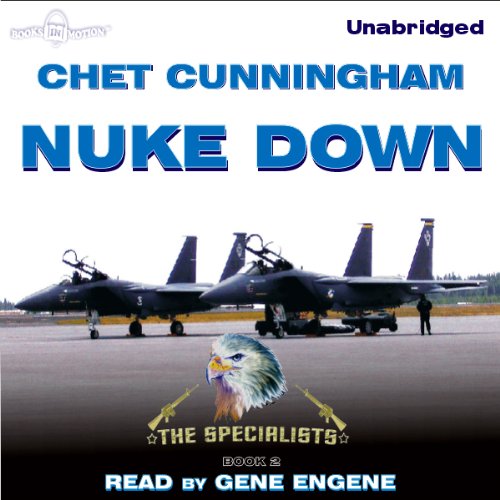 They are the most talented (and dangerous) fighting force ever assembled, drawn from elite ranks of the FBI, the CIA, the Navy Seals, Britain MI-6, and Israel's Mossad. Handpicked by a reclusive billionaire-patriot, trained in the latest weapons, schooled in all forms of close combat...The Specialists.

When a raid on an Iraqi terrorist nest uncovers a list of American targets, the Specialists need answers fast. Is the list real? Which targets will be threatened first? And who's the mastermind behind it all?

The Specialists have three chief suspects: the notorious Osama bin Laden; the Iranian Abdel Salim, known as the Muslim Assassin; and a shadowy figure who calls himself the Scimitar: all masters of disguise whose exploits have brought destruction and death to untold innocents.

Now the Specialists must stop the most ambitious act of terror yet: the theft of a nuclear bomb and its detonation somewhere within the United States. The Specialists' one slim hope lies in identifying a double-crossing terrorist who plans to sell renegade nukes to the highest bidder - or the world will face its first act of nuclear terror...and a new reign of bloodshed impossible to stop.

What listeners say about Nuke Down

The amount of errors in the training part of a nuke is astounding. Nukes are NEVER trained with. The reader sounded as if this was his first Audible job.