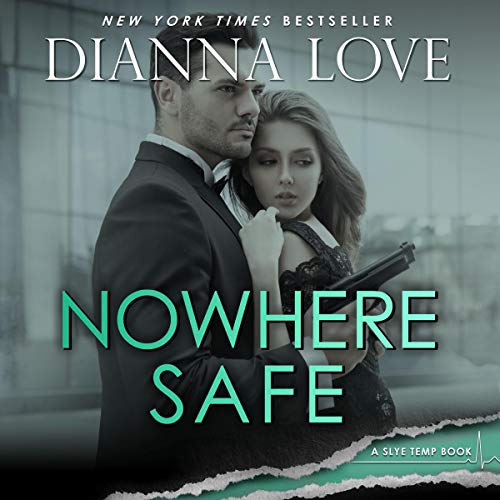 Josh has nothing to lose until an unforgettable woman gives him a reason to live. A blown CIA operation in the UK destroyed an elite mercenary black ops unit two years ago. Surviving members disappeared to heal their wounds, and have now resurfaced as part of Slye Temp, an agency contracting security work with corporate America. At least, that's what goes on above ground...

Slye Temp agent Josh Carrington should have died during the blown UK mission, but he didn't. Scars fade and nightmares can be managed, but he'll never forget watching an innocent woman die because she trusted him. Tempted by the best, he sticks to Personal Rule Number One: Never mix business with pleasure. Slye Temp sends Josh to uncover a leak in a DEA task force...a mole in league with the traitor who betrayed the UK team. A deadly shipment is bound for the US and nothing will stop Josh from taking down this mole, blocking the shipment, and nabbing the traitor. Not even Trish Jackson, hardheaded sister of his #1 DEA suspect.

A faceless stalker has turned Trish's life into a living nightmare and threatens to kill anyone who helps her, including Josh, the new man on her brother's task force who has planted both unwelcome feet in the middle of her world and refuses to leave. The closer Josh gets to the twisted truth, the more he struggles to keep Trish out of harm's way--and his bed--but the sultry firecracker gets under his skin like no other woman, forcing him to question everything, starting with Rule Number One. Nowhere Safe...the audiobook listeners have been asking for.

Wonderful blend of romance and suspense

Loved Trish and Josh. Trish is Zane's sister from Last Chance to Run. She's sober now and has her own antiques shop and a stalker that she's trying to keep secret to protect her family. She's not interested in men, but then Josh shows up. He is undercover investigating her brother. Things heat up between them, even though neither of them wants it. Josh definitely can't care about a woman in his line of work. He has learned that the hard way. This book has a nice mix of romance and suspense. There is also a larger story woven through the series that does not end in this book.

Once again I enjoyed Adam Hanin's narration. He has a voice that does well with suspense as well as the steamy love scenes. He also does a great job of differentiating between characters as well as nailing any accents that come up. An enjoyable listen and I look forward to the next.

I'm excited I found another series from Dianna that I love. I wonder how many books I can read in a week???