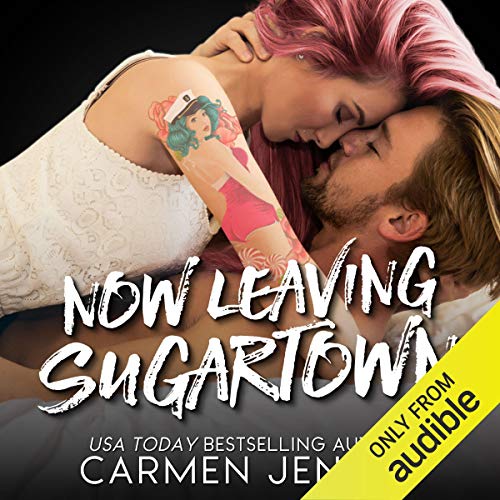 Pepper Ryan grew up the troublesome, spoiled child of a rock god. With her less-than-stellar parentage and the bipolar disorder that has plagued her existence, to say this little firecracker is a handful would be the understatement of the century.

Sammy Belle spent more than half his life saving Pepper. He'd been her strength, her sanity, and the protective brotherly figure she never wanted to have.

They were never meant to be together.

They gave in anyway.

And just when Sammy thought he had everything he wanted, Pepper ran.

Now 23, Pepper returns to Sugartown a failed tattoo artist with one too many screws loose who's down on her luck, wielding an ice cream van as beaten up as her heart.

Sugartown's most coveted bachelor has always been content with the quiet life he leads until Pepper, the hellion from his past, returns to test his strength, his patience, and perhaps even his sanity. But two can play at that game, and Pepper is about to learn that Sam can give as good as he gets.

Can this good country boy survive Pepper's cruel city world, or will the whole thing be put down to a bout of temporary insanity?

One thing is for certain:

He's crazy about her.

Warning: Intended for an 18+ audience. Contains sexual content, oodles of profanity, a firefighter so hot you may need a very cold shower, and one pink-haired crazy Harajuku girl. May also contain traces of nuts. Some scenes within this book may be triggers for certain listeners.

I read Now Leaving Sugartown years ago when it first came out and I remember loving it... I was almost nervous to re-listen because what if it became something I revisited and then no longer loved as much?! But seriously while this may be a valid worry for a lot of other books I decide to reread it definitely was not the case for Now Leaving Sugartown. If at all possible, and it clearly was, I loved it even more the second time around!

Pepper and Sammy are so fun but do not lack depth in any way. Throw in a 6 year age gap, very real fictionalized problems, and a stolen ice cream truck and you are guaranteed a good time! The story is amazing all on its own but the narrators made me laugh even harder and cry a bit longer than normal , listening to them volley for eight hours helped pass a work day like nothing else.

Whether you are new to the series or not, Now Leaving Sugartown is a good place to start or end, if you don't love it I think you're broken possibly!