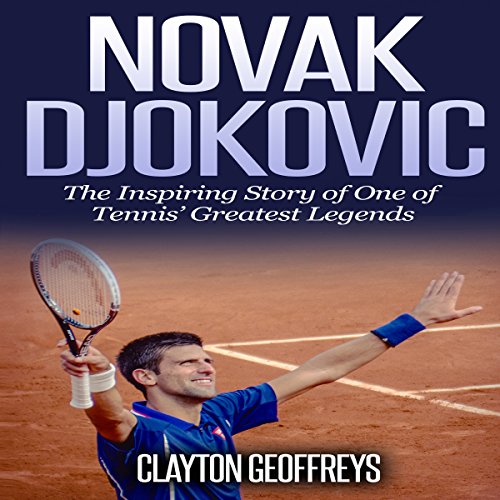 Learn the Inspiring Story of One of Tennis' Greatest Stars, Novak Djokovic!

In Novak Djokovic: The Inspiring Story of One of Tennis' Greatest Legends, you will learn the inspirational story of one of tennis' premier legends, Novak Djokovic. Novak Djokovic has come a long way since reaching his first Grand Slam final in the 2007 US Open. There was little doubt that even in his defeat to fellow legend, Roger Federer, that Djokovic was going to be embarking on an illustrious tennis career.

He has since validated this belief. At the age of 29, Novak Djokovic is a 12-time Grand Slam champion, and has held the top spot of the ATP Tour for more than 220 weeks. The most impressive part has been his absolute dominance in the last half decade of tennis, as he has won multiple Australian Opens, Wimbledons, and US Opens. In this unauthorized biography, we'll explore Djokovic's journey to becoming one of the greatest, and learn what it has taken him to reach where he is today.

Here is a preview of what is inside:

What listeners say about Novak Djokovic

What a waste of money, Jake Sanson just reads out a calendar of events. You would be better just reading Wikipedia and the timeline of Novak Djokovic.