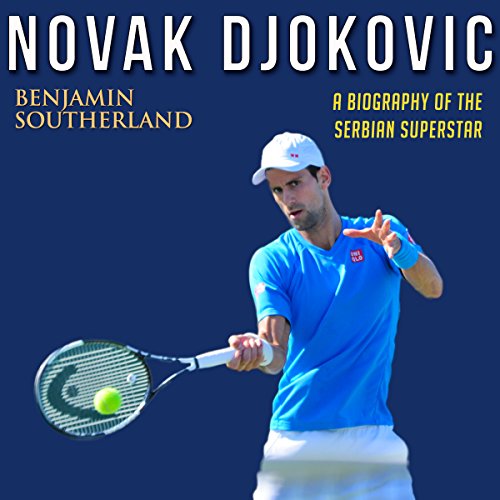 Learn about the inspirational story of Novak Djokovic.

In Novak Djokovic: A Biography of the Serbian Superstar, you will learn about the life, professional career, and accomplishments of Novak Djokovic. There were two tennis superstars who ruled the sport - and this is the story of the player who pushed them aside to dominate tennis. Novak Djokovic wasn't supposed to be a tennis player, but as a child he decided to pick up a racquet; and that eventually led him to being the player to end the era of Roger Federer and Rafael Nadal. His story is unlike other player's, as he dodged air strikes in Serbia to practice, then headed to Germany to learn about the game, and progressed to being the highest money earner that tennis has ever seen. All his grand slam wins and all his great rivalries made him a player without equal. Few tennis players have grabbed the attention of tennis fans like Novak Djokovic has. His complete game has won him all four grand slam tournaments. He has set records and is among an elite group of all-time greats. But before he dethroned Roger Federer as tennis' best, he had a unique, and unlikely, journey from tennis courts on a mountain to Centre Court at Wimbledon.

Here is a preview of this biography:

What listeners say about Novak Djokovic

I appreciate the author's effort to write about one of the greatest tennis players of all time. I hope and I'm fairly confident that a more detailed and befitting book will be written as a tribute to the joy Djokovic has brought to so many of his fans.