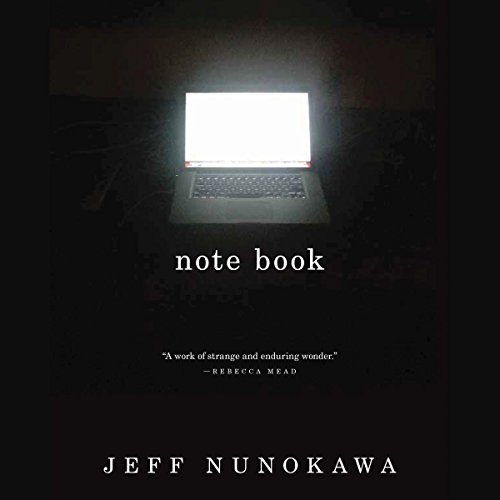 "The hunger for a feeling of connection that informs most everything I've written flows from a common break in a common heart, one I share with everyone I've ever really known." (Note Book)

Every single morning since early 2007, Princeton English professor Jeff Nunokawa has posted a brief essay in the Notes section of his Facebook page. Often just a few sentences but never more than a few paragraphs, these compelling literary and personal meditations have raised the Facebook post to an art form, gained thousands of loyal readers, and been featured in the New Yorker.

In Note Book, Nunokawa has selected some 250 of the most powerful and memorable of these essays, many accompanied by the snapshots originally posted alongside them. The result is a new kind of literary work for the age of digital and social media, one that reimagines the essay's efforts, at least since Montaigne, to understand our common condition by trying to understand ourselves.

Ranging widely, the essays often begin with a quotation from one of Nunokawa's favorite writers - George Eliot, Henry James, Gerard Manley Hopkins, W. H. Auden, Robert Frost, or James Merrill, to name a few. At other times Nunokawa is just as likely to be discussing Joni Mitchell or Spanish soccer striker Fernando Torres.

Confessional and moving, enlightening and entertaining, Note Book is ultimately a profound reflection on loss and loneliness - and on the compensations that might be found through writing, literature, and connecting to others through social media.

What listeners say about Note Book