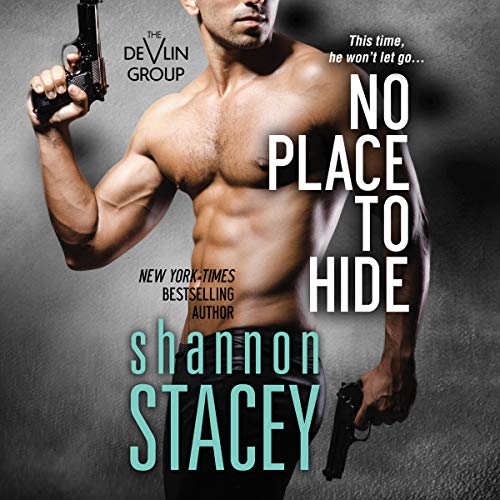 No Place to Hide

Jack Donovan went through hell and back to save Isabelle once. Now she's back in his life, hunted by an assassin so elusive some claim he's only an urban legend. More than just a gun for hire, the killer is driven by a pathological need to take down his targets and, when Isabelle escapes the bullet meant for her, Jack knows he'll strike again. The only way to keep her alive is to keep her close, and Jack's about to learn what hell really is.

In the year since Jack rescued her from a guerrilla compound and then walked away, Isabelle Arceneau has begun to put her life back on track. Now, somebody wants her dead and Jack is once again her only hope for survival. As the Devlin Group races to uncover the killer's identity and Jack and Isabelle go on the run in a desperate bid to keep her alive, she knows she can trust him with her life - but never again with her heart.

What listeners say about No Place to Hide