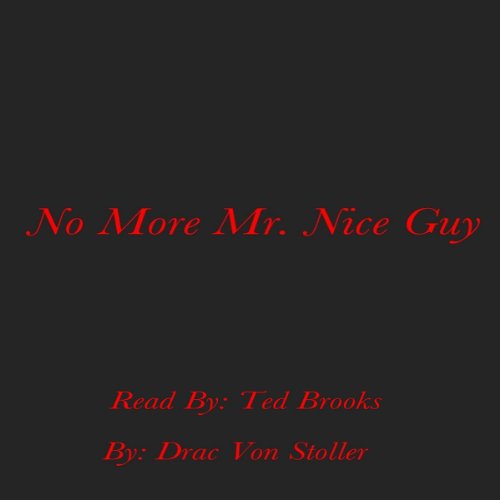 Henry Bates had a very reclusive life, until one day the constant nagging from his wife made him snap, and things started dying. All Henry wanted was to enjoy his retirement like any normal hard working man, but his wife had other plans and retirement wasn't one of those.

One day when Henry was relaxing by the fire, his wife Marjorie came up to him and said "Henry, I thought I told you to take out the trash, sweep the floor and clean out the attic. This isn't a hotel and just because you have retired I'm not going to watch you lay around while things need to be done."

Marjorie went on and on for hours as Henry would get up from his recliner and do as she commanded, but as Henry tried to please his wife, the nagging still persisted.

"Henry, get back here this instant," yelled Marjorie.

What listeners say about No More Mr. Nice Guy

I wanted to buy the book "No More Mr Nice Guy" by Dr Robert Glover. I could not find it and took this one instead, thinking it would have a similar message. To my absolute surprize, it was a horror story. It is pretty gruesome and made me cringe. However I could not stop listening. Thankfully it was short. Ted Brooks is a good narrator, and that is probably the only reason why I kept listening to the end.

I wanted to read a different book with this title. The story wasn't very satisfying, but the narration made me finish it.