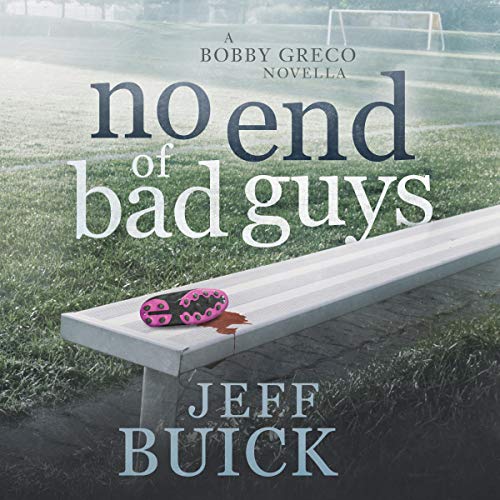 No End of Bad Guys

Something’s off about Molly’s mom. Something sinister behind Alyssa Vaughn’s thin smile and cold eyes.

Orlando homicide cop Bobby Greco has a sixth sense for bad guys, and Vaughn is raising all kinds of red flags. Which is not good, because Bobby’s daughter is on the same soccer team as Molly. This one is hitting too close to home.

He already has a tough case on his desk - trying to figure out who abducted and likely murdered a teenage barista on her way home from work. Bobby has a suspect, but without a body and with no hard evidence to build a solid case, he’s hit a dead end. Bobby sets the barista’s disappearance on the edge of his desk and digs into Vaughn. What he uncovers is a dangerous psychopath who has already committed one horrific crime, and Bobby is sure another one is just around the corner.

Now, he’s working two cases, where one girl is lost, another is found, and both are in danger.

What listeners say about No End of Bad Guys

I listened to my first novel yesterday after reading the 5 star review by Audible listener Shelley. I was not disappointed! My question was, "Is author Jeff Buick really that good or was A Killing Game a one off?" The answer is that Buick is that good. NO END OF BAD GUYS packs more plot, character development and action into a 136 minute novella than I believed possible. I look forward to listening to the first full novel in A Bobby Greco Thriller series. The title is One is Evil.