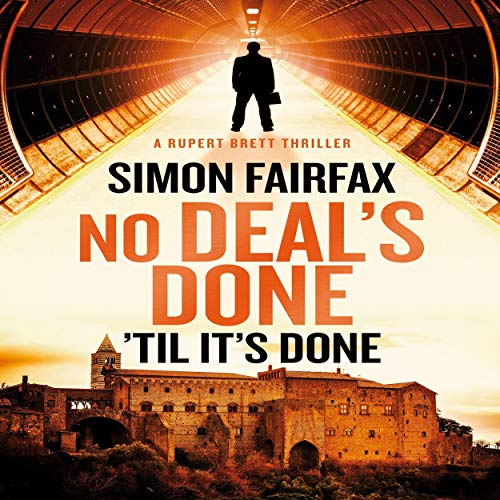 No Deals Done: 'til It's Done

1980s London, where property deals can make or break careers. Rupert Brett, freshly qualified and ambitious, begins working in the West End. It's a time of wild fashions, a booming economy, heavy drinking and ambitious women, and Rupert quickly discovers a world of corruption and insider trading, in which knowledge is the real currency.

Corrupt developers are blackmailing and manipulating the markets, and nothing is what it seems. Rupert is drawn into a net of corruption where someone is controlling the markets with insider knowledge.

A deadly female assassin kills a close friend who wants out, and Rupert is framed for the murder. Isolated and alone, and knowing that he must fight to clear his name, he is recruited by a clandestine police department and asked to infiltrate the company.

Follow the money: Trailing the funds to Italy he discovers a world of money laundering and kidnapping and the key to the whole scam. Teaming up with another female surveyor he launches a daring plan to expose the developer - but will he be in time to prove his innocence and keep them both alive?

What listeners say about No Deals Done: 'til It's Done