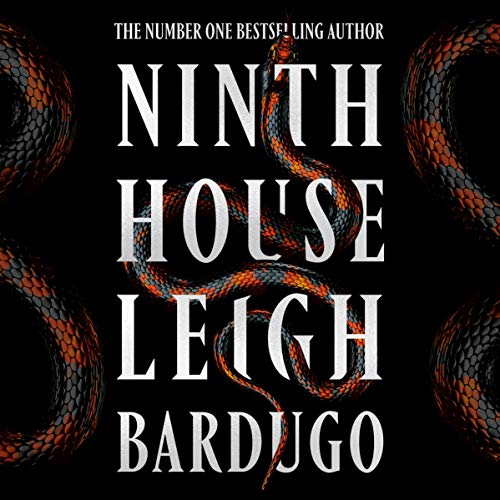 Galaxy 'Alex' Stern is the most unlikely member of Yale's freshman class. Raised in the Los Angeles hinterlands by a hippie mom, Alex dropped out of school early and into a world of shady drug dealer boyfriends, dead-end jobs, and much, much worse. By age 20, she is the sole survivor of a horrific, unsolved multiple homicide. Some might say she's thrown her life away. But at her hospital bed, Alex is offered a second chance: to attend one of the world's most elite universities on a full ride. What's the catch, and why her?

Still searching for answers, Alex arrives in New Haven tasked by her mysterious benefactors with monitoring the activities of Yale's secret societies, well-known to be haunts of the future rich and powerful. But their occult activities are revealed to be more sinister and more extraordinary than she ever imagined....

Welcome to a world of secret societies and the occult that's perfect for fans of Deborah Harkness, Neil Gaiman, Susanna Clarke and Ben Aaronovitch.

Lauren Fortgang aka Queen of Narrations

Another Lauren Fortgang novel means a 5/5 performance review - you absolutely cannot go wrong with her narration. Michael's narration of Darlington was also superb - a great choice. Story overall was slow in terms of world building in the first half of the book but I think this story building is crucial for the final half of the book (which is a lot more action packed). Anyone who is easily squeamish and/or triggered with sexual abuse: I would recommend maybe to steer away from this book or go into this with caution as Leigh really doesn't shy away from the details.

Overall this book is extremely rich and dense and amazingly written (I didn't expect anything from Leigh Bardugo) and the narration is fantastic.

(P.S loved the little interview between Lauren and Leigh at the end!)

I absolutely loved this book! It had everything I wanted in a murder mystery novel and so much more.

Alex Stern is a tough, non-academic girl from California. She has a unique ability to see and interact with greys, or ghosts as we know them. This makes her the perfect candidate for recruitment into the mysterious society Lethe House, who oversee the supernatural exploits of Yale’s secret underground societies. She has a steep learning curve on both the academic and mystical fronts, as she barely manages to survive her first year of college, despite the loss midway of her friend and mentor, Darlington. And that’s the mystery... where is Darlington, and who is responsible for his disappearance?

Ninth House was an incredibly intriguing and engrossing read. The storyline alternates between the present and the past and I particularly enjoyed Darlington and Alex’s POV’s. I absolutely loved the whole historical side the nine societies, and the way Bardugo examines it all through the architecture of the buildings, poetry, literature and American history.

The book will draw you in and hook its claws into your mind and imagination. There are so many twists and turns to the storyline, you never know who the villain is until the end.

I highly recommend this book to you and especially the audible version. Lauren Fortang and Micheal Axtell do a fantastic job with the narration of this book. Looking forward to the next instalment of intriguing story.

Evocative, intriguing, rattles along at a great pace with great voice acting. Magic is the story but with a myriad of contemporary themes and conversations woven into the narrative. Great audible!

One awful narrator spoils all

I tried hard to get into this book as the plot interested me, but Lauren Fortgang's voice made me wish I was listening to nails on a blackboard instead. I couldn't stand her accent. Michael's narration was fine.
I returned the book about an hour in.

This book destroyed me!


I loved this book so much!
my favourite quote is still one from Darlington "There is probably a metaphor in all this Stern...I'll figure it out when I'm sober."
I loved every second and the narrors were amazing!!

One of my faves of the year

“That was what magic did. It revealed the heart of who you'd been before life took away your belief in the possible. It gave back the world all lonely children longed for.”

“What do you want?" Belbalm had asked her. Safety, comfort, to feel unafraid. I want to live to grow old, Alex thought as she pulled the curtains closed. I want to sit on my porch and drink foul-smelling tea and yell at passersby. I want to survive this world that keeps trying to destroy me.”

In this book we meet Alex Stern, who really has no business being at Yale, since she didn't graduate highschool, but she has this gift- or curse - where she can see ghosts, and she is made a deal that she can't refuse - a free ride at Yale, a chance for a normal life, if she helps to police the secret societies, and makes sure that they don't use their magic for ill gains - and then, a dead girl turns up, and nobody seems to bothered about solving the case.

This about jumps around between autumn, where we see Alex acclimating at Yale and her new responsibilities, and meeting her guide, but pretty soon in, we see something go terribly wrong. And you see the fall-out from that in the Winter chapters.

There's just so much going on in this book, it kept me wrong-footed constantly, and kept my interest rapt.

Alex isn't a very likable character maybe, but this book is such an ode to surviving and getting the job done, by whatever means necessary, I actually loved her by the end. It's also about privilege,m and about the kind of people that get away with things, and the kind that don't
I think it's a very universal feeling to want to carve out your own little section of the world, of life where people just let you be, and accept you, as you are, and this book spoke to that feeling so much for me

I really liked the friendship that blossomed in this book, and I also liked our other POV character Darlington,

Wow, what a good book!

For me this book went from interesting to riveting to couldn't stop listening.well written with a very strong main character in Alex. Although she's not always morally upright i found that i was hoping for her to succeed. A couple of her scenes with her friend Hellie were very moving.
The plot moves along very well and there are some surprising twists i thought were very effective. The supernatural elements and the murder mystery aspects worked very well together. Narration is very good.
I'd highly recommend this book and am eagerly awaiting the next in the series.

Was not in English!

For some reason this is not the English version. Would have been nice to mention it beforehand

Leigh Bardugo is a queen 👑

I loved it so much! Very dark in a real life way but amazing ❤️

Absolutely loved the world that Leigh Bardugo has created, I can't wait to be back with Alex!
Fabulous narration from both narrators too which really added to the experience.

I could easily put this as my favourite book this year and most definitely put it in my top ten books of all time.

I'll definitely be looking for more by the narrator as well as writer.

I wasn't sure whether I would enjoy this book as it's quite different to Leigh Bardugo's previous work but I pretty much fell in love with it straight away. Magic, secret societies, dark mysterious characters... I mean, what's not to like?

I've listened to all of Leigh's audio books so I'm super happy Lauren Fortgang narrated this one too as I LOVE her voice. I especially love the way she reads male voices.

Glad I stuck with it.

This is not great literature. You can tell this is the authors first adult fiction book. It very much comes across as a young adult fiction written with adult themes. I nearly gave up on it and it took a good few hours before I got into it. In places the story is slow and the characters are a bit cringe but overall I enjoyed it. I would listen to a sequel.

I found myself feeling completely miserable while listening to this audio book. I couldn't bring myself to finish it.