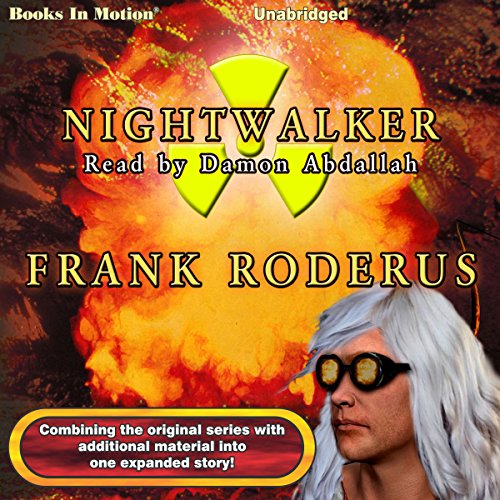 The inconceivable has happened. America has been ravaged by nuclear war. James Wolfe, a trucker driving on an isolated state highway in the Northwest, seeing the mushroom clouds in the distance, hid out in an abandoned mine. Now, months later, after living on the pretzels he was hauling and a trickle of water in the mine, Wolfe emerges to a world he hardly recognizes. He, too, has changed. Barely 30, his hair is now snow white; his eyes are unable to handle bright light, but his night vision is as good as others' day vision. But the most mysterious changes are his ability to detect and avoid metal-emitting radiation and his incredible strength.

With dread in his heart, he sets out to find who else, if anyone, has survived this nuclear holocaust. Wolfe finds he cannot ignore the plight of those victimized by the new breed of outlaws called "Wilders" and calls upon his newfound abilities to help those in need. Now he is on the run, hunted, with no one he can trust except an abused mongrel dog he rescued. With nothing more than a compound bow and a hunting knife, he must fight those who aim to capture him dead or alive and make his way homeward and into the clear. He is a wanted man, with a price on his head. In an effort to avoid the corrupt men searching for him, he travels at night, far off the road, where he comes upon the town of Paradise. But all is not what it seems...and the radiant beauty never lets anyone leave...alive.

What listeners say about Nightwalker

Well thought out. I do hope that there will be another book. Seems wrong to not finish.