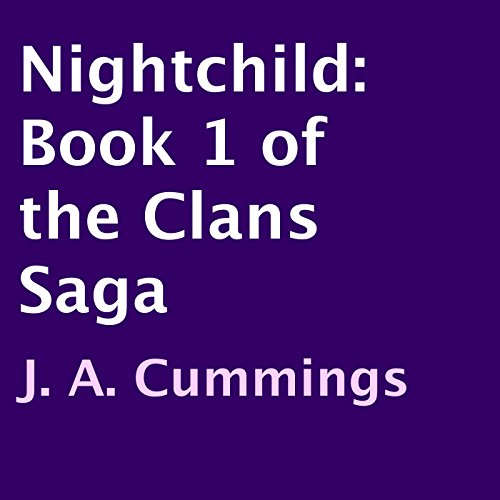 By: J. A. Cummings
Narrated by: Jonathan Waters
Free with 30-day trial

"From day into night, until the end of time, they shall not become one of these."

With the prophetic words of a Gypsy grandmother's spell a journey into a compelling new universe begins in Nightchild: A Clans Novel.

Tobyn Reyes believed his grandmother's spell would protect him. Instead it opened the door to a new realm of magic and immortality... Tobyn was a man like no other: half Irish, half Spanish gypsy and all chovihano. Under the protection of his grandmother's spell, he enjoyed the glow of his own uniqueness. That glow caught the attention of another uncommon man, the vampire Michel Dumas. Vampire power plush gypsy magic yielded a situation none of them were prepared to face. No, Tobyn, did not become one of 'these.' But what was he to do when he became one of 'those?'

What listeners say about Nightchild