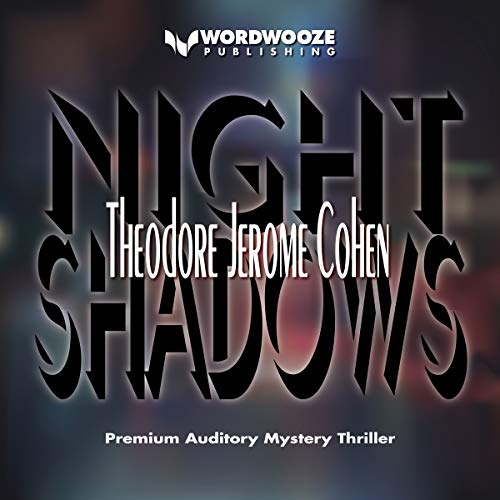 When a wealthy Wall Street commodity futures trader is found dead in his townhouse of an apparent drug overdose, Deputy Coroner Michael Antonetti, NYPD, is suspicious. Antonetti tells Detective Louis Martelli he suspects what appears to be a suicide may in fact be murder. After a similar case is discovered involving a former friend of the Wall Street trader who played on the same high school football team almost twenty years earlier, Martelli is convinced he is dealing with someone bent on revenge. But the two teammates who ostensibly committed suicide were part of an elite three-man squad known as The Flying Horsemen. This convinces Martelli there will be a third victim. But who might it be, and could the killings have anything to do with the rape and suicide of some of the men's former high school classmates? The answers will be found in this mystery/thriller that will keep you on the edge of your seat until the very end.

Note: Books in this series may be read in any order.

Night Shadows received five 5-STAR Readers' Favorite(RF) reviews and won a BRONZE medal in the Readers' Favorite 2014 International Book Competition. This is what one RF reviewer had to say: "Night Shadows is a fascinating and believable story about the consequences of poor decisions...This story was an enthralling tale I just could not put down." (Lee Ashford for Readers'Favorite)

"The case in Night Shadows develops with structural underpinnings and plot machinations so advanced even the most savvy of mystery readers will 'raise an eyebrow' to the skill used by Cohen." (Gary Sorkin for Pacific Book Review)

"In Night Shadows, Cohen skillfully combines a unique creative imagination with a keen sense of investigative reporting, knowledge of police procedures, and an intuitive understanding of human nature...to draw the reader into the story." (Richard Blake for Reader Views)

"I cannot remember a time in the past decade when I picked up a mystery/thriller and was so surprised." (Russell D. James for Hollywood Book Review)

"As a lawyer, it's always been disconcerting how Cohen sets himself up as judge, jury, and executioner, but I know his readers absolutely relish the idea." (Kerry Donahue,Esq.)

"This novel, ripped from the headlines, should serve as a wake-up call to what increasingly appears to be an epidemic of child abuse, teenage rape, and teen suicide." )Susan Violante, author of Innocent War: Behind an Immigrant's Past, italianaustinite.com, blogtalkradio.com/vioradio)

Just one word—-WOW! Mr. Cohen sure knows how to write a detective story. He must have done extensive research or had first hand knowledge of the work of a detective. Gregg Rizzo did a fantastic job narrating it! I loved every minute of it!

Mysterious Figure in the Dark — Who is it?

I am just beginning to use Audible and although I have read this book before, the experience was different and entertaining. I knew the story was and still entertained yet worried for the characters. Audible is still new to me but I could get hooked.

Solving these murders required overcoming seemingly virtually insurmountable obstacles. Every lead seemed to go to a dead end. There seemed to be only circumstantial evidence. The murderer left an ancient coin under the victims tongues, confusing everything but revealing the deaths were tied together. Danger increases as the ending builds and the cases are solved.

This book helps point out situations of sexual abuse, and there is factual information about the topic provided.