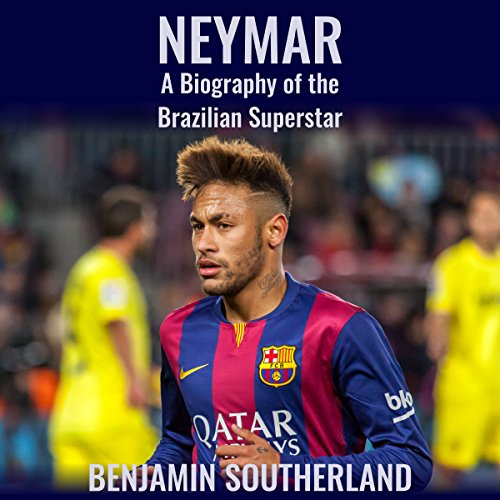 Learn about the inspirational story of Neymar.

One would think that the son of a professional footballer would inherit a paved road to success in the same sport. But, Neymar Jr.'s status as one of the best players in the world has not come without great sacrifice, persistence, endurance...and a lot of luck. He and his family have taken advantage of the big breaks which have come his way. By combining opportunity with the natural talent for soccer that he inherited from his father, he has risen to the ranks of the highest paid and best young soccer players the world has ever seen. Neymar da Silva Santos, Jr. was born in Mogi des Cruzes, São Paulo to Neymar Santos, Sr. and Nadine da Silva on February 5, 1992. Upon his birth, in order to distinguish him from his father, his father came to be called Pai which means "father." The son was called Juninho which means "junior." To the world, the son would become Neymar.

What listeners say about Neymar

I think the book is great it gave me a real rounded look at Namor and how he lives how he was brought up and how things around him has shaped him to be one of the greatest players of the world. I wish the writer could have told us something about the racism he has endured being a footballer of color playing in Europe and also coming from a country where is 54% black people of African descent and the Injustice is that they have had to endure it in Brazil. overall though I really enjoyed the book and I think the writer hit on some good points.