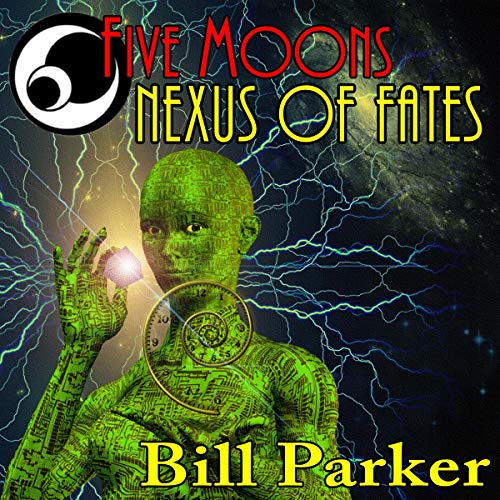 In our darkest hour, Dallas Blake first stepped foot upon the decks of the Five Moons and changed everything. He didn’t know that evil men had conspired to destroy the ship and its crew when he bought a ship that was never meant for sale. Dallas found the crew they thought was lost and gone forever. He saved the Five Moons.

The Five Moons battled pirates and fought Mercs, all to make the Outworlds a safer place to live. They went wherever they were needed. Making a difference started with them. The Five Moons had become the Nexus of Fates and Evil’s worst nightmare. So Evil set in motion a plan, a masterpiece of evil. Like the gears of a clockwork angel of death, Evil’s plan moved relentlessly toward its inevitable conclusion.

Dallas Blake found beauty in the light of four moons and set them free, but he didn’t find me. Only he can do what it takes to set me free. Unless he does, none of us will survive. I am the fifth moon.

What listeners say about Nexus of Fates: Five Moons, Book 4